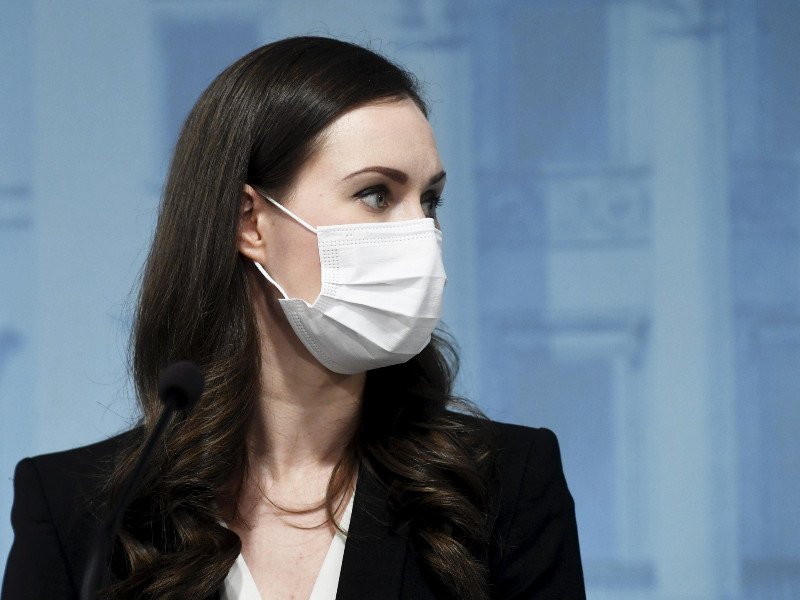 Prime Minister Sanna Marin (SDP) was photographed at a press conference at the Government Palace in Helsinki on Monday, 1 March 2021. (Vesa Moilanen – Lehtikuva)

THE FINNISH GOVERNMENT has called a timeout on its plan to invoke the emergency powers act.

Prime Minister Sanna Marin (SDP) tweeted yesterday evening that sections 106 and 107 of the act will not be adopted to any extent until the preconditions for the adoption have been clarified and the issue has been subjected to another legal examination.

The government had declared a state of emergency over the exacerbating coronavirus epidemic only hours earlier, announcing it will invoke sections 106 and 107 of the emergency powers act. The sections would grant it the authority to take control of public communication and rule on any disagreements over the purviews of different authorities during the state of emergency.

Marin stated in the afternoon that the sections would be invoked to an “applicable extent”, rather than fully, to ensure the government need not present a decree for invoking them to the Finnish Parliament.

Martin Scheinin, a professor of international law and human rights at the European University Institute in Florence, Italy, argued that the move is unlawful.

Scheinin also pointed out that invoking the act is unnecessary, as the bill enabling the government to shut down restaurants was founded on section 23 of the constitution, which lays down basic rights in exceptional circumstances such as a pandemic, rather than the emergency powers act.

As the possibility was identified also in a memo issued by government officials, the rationale for declaring the state of emergency is somewhat puzzling given that the purpose of such a declaration is to resort to powers afforded under the emergency powers act.

Helsingin Sanomat on Monday highlighted that the memo also indicates the government wanted to involve the president in declaring a state of emergency, as it felt that shutting down restaurants without the approval of the president could set a dangerous precedent for invoking section 23 of the constitution.

Other possible explanations, it added, include that the ability to point to a state of emergency could facilitate the process of drawing up a bill for shuttering restaurants and that the joint declaration could have been an attempt to promote crisis awareness and prop its coronavirus response against the president.

Chancellor of Justice Tuomas Pöysti confirmed to the newspaper that no sections of the emergency powers act will not be invoked, even partially, and that doing so would require a government decree.

“I interpret the prime minister’s statement as a sign that preparations have been launched to the extent required by the emergency powers act, so that in the coming days the decrees dealing with these regulations can be submitted for discussion and approval to the Parliament,” he commented.

“It’s my understanding that the prime minister tried to explain the issue in layman's terms.”