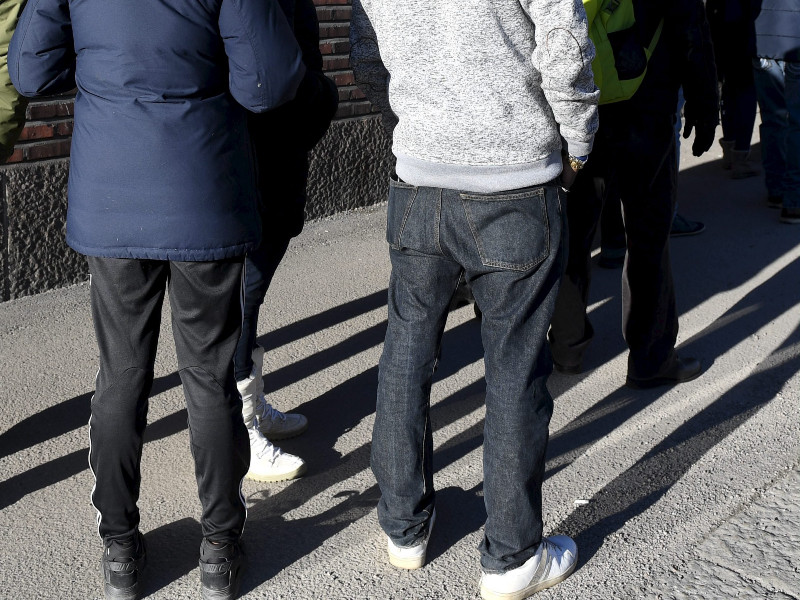 A line of people outside an office of the Finnish Immigration Service (Migri) in Helsinki on 24 March 2017. (Vesa Moilanen – Lehtikuva)

JORMA VUORIO, a former head of immigration affairs at the Ministry of the Interior and director general of the Finnish Immigration Service (Migri), has criticised the residence policy of the government of Prime Minister Sanna Marin (SDP), reports Iltalehti.

Vuorio on Wednesday questioned some of the recommendations set forth in a report published a day earlier by the Ministry of the Interior.

The authors of the report recommend, for example, that the government “explore the possibilities to enable undocumented resident to obtain a residence permit on grounds other than international protection”.

“So, even if [the Supreme Administrative Court] KHO has ruled that there is no need for international protection, some sort of permit should be granted? This would undermine the entire asylum process,” tweeted Vuorio.

The report also recommended that the government take action to secure the equal right to family reunification of all people granted international protection, safeguard the interests of children in the family reunification process, pay more attention to the vulnerability of permit applicants and examine the need to overhaul the aliens act.

The objective of the research project was to determine how revisions to the act and its interpretation have affected the position of people seeking international protection. The amendments examined were either approved or implemented during the tenure of the government of Prime Minister Juha Sipilä (Centre), in 2015–2019.

One of the main conclusions of the study is that the amendments introduced to improve the efficiency of the asylum process have also undermined the position of applicants.

Minister of the Interior Maria Ohisalo (Greens) on Tuesday said the study provides the government with invaluable information for decision-making. The Ministry of the Interior, she added, will weigh up the recommendations closely and utilise them as a basis for deciding on actions.

“I view the issues highlighted in the study mostly as issues linked to the rule of law: we’re talking about realising the rights of people in the most vulnerable position, such as the right to life, family life and legal protection. We must take care of these,” she commented.

“The recommendations also support an effort that is already underway. It is now crucial to finish this effort and ensure the basic rights of people are secured.”

“By implementing the recommendations, we would drift even further from these practices and interpretations,” he warned.