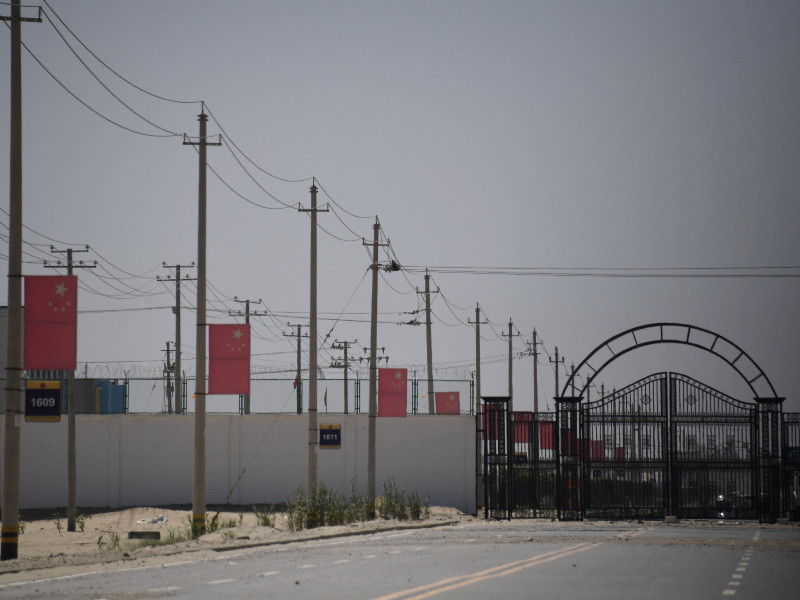 Chinese flags along a road leading to a facility believed to be a so-called “re-education camp” for detaining mostly Muslim ethnic minorities on the outskirts of Hotan in Xinjiang, China, on 31 May 2019. (Greg Baker – AFP/Lehtikuva)

THE DISTRICT ORGANISATION of the Green League in Vantaa, Southern Finland, has terminated co-operation with Jenni Chen-Ye, a councillor for the City of Vantaa.

The organisation stated yesterday in a press release that the reason for terminating the co-operation is the “careless statements” made by the councillor, in which for example she has called for a “neutral approach” to the “sensitive issues” in China.

It added that it will neither nominate her as a candidate in the municipal elections, nor recommend its member organisations that her membership applications be accepted.

Chen-Ye stated on Twitter on Sunday that she resigned from the councillor group after weighing up the issue and will continue as an independent policy-maker on the Vantaa City Council. “I realise that I chose my words carelessly,” she said.

Her resignation is a consequence of a writing she published in her blog and on Twitter on Friday. Chen-Ye wrote that China’s human rights issues have recently been subject to discussion and called for a “neutral approach” to the “sensitive issues” in China. She later removed the statement from the public sphere.

The debate over human rights issues heated up following a statement issued on Friday by Prime Minister Sanna Marin (SDP). Marin expressed her firm condemnation of the systematic rapes and torture of women reportedly taking place at the concentration camps set up by China for the Uighurs, an ethnic minority native to north-western parts of China.

Her statement was made in response to an extensive report of the maltreatment of women at the camps published by the BBC on Wednesday, 3 February.

Helsingin Sanomat in its analysis described the statement as unprecedentedly pointed criticism of China. Finland, the newspaper highlighted, has traditionally adopted a pragmatic, trade and economy-first position on issues related to the world’s largest economy.

“Off the top of my head I don’t remember anyone at that level using language as hard as that,” Mikael Mattlin, a professor of political science at the University of Turku, said to Helsingin Sanomat.

Chen-Ye was elected to the Vantaa City Council in 2017 as a representative of the National Coalition. The party, however, expelled her from the councillor group after it was reported that she was serving as the deputy chairperson of a pro-China association with ties to the Chinese Communist Party.