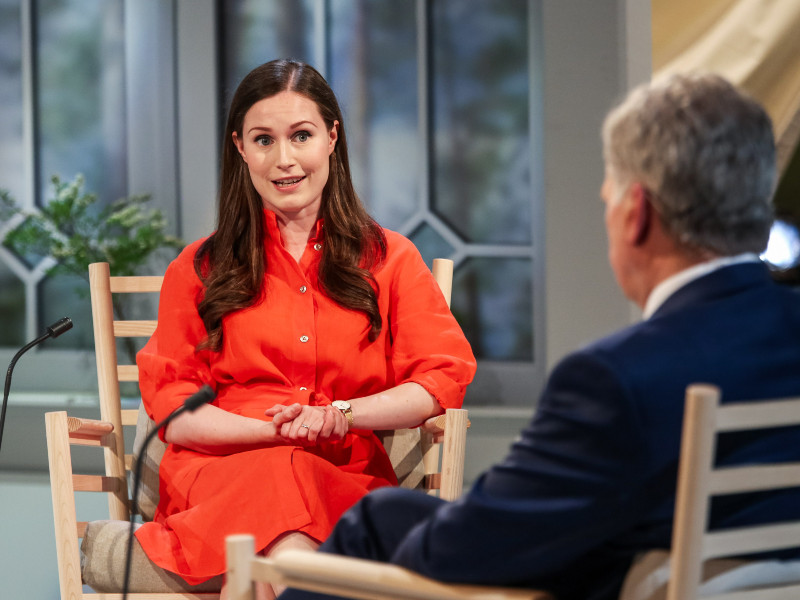 Prime Minister Sanna Marin (SDP) and President Sauli Niinistö were photograph participating in the annual Kultaranta Talks in Helsinki on 24 May 2020. (Handout / Matti Porre – President of the Republic)

THE ARREST OF ALEXEI NAVALNY appears to have, somewhat surprisingly, created friction between the powers to be in Finland.

Prime Minister Sanna Marin (SDP) firmly condemned the arrest of the Russian opposition leader on Twitter on Monday, demanding that he be released without delay. President Sauli Niinistö delivered a similar message a couple of hours later in an interview with Helsingin Sanomat.

“It must also be acknowledged that there are no legal grounds for keeping him under arrest,” he stated to the daily newspaper on Monday.

The firm, quick and cohesive statements prompted praise, highlighted an editorial published by Ilta-Sanomat: Finland, for once, did not take the cautious route and wait for a joint statement from the European Union. A number of foreign and security policy experts, however, drew attention to the timing of the statements, reminding that the constitution prescribes that foreign policy-making is headed by the president in co-operation with the government.

“This mustn’t happen again,” tweeted Ilkka Kanerva (NCP). “The constitution is very clear in this regard.”

The presumption was that the president and prime minister had discussed the issue prior to issuing the statements. “There was no kind of advance discussion,” Niinistö stated during a remote meeting with political journalists on Thursday.

Marin stated to Ilta-Sanomat that the issue was discussed already on Sunday at the Ministry for Foreign Affairs, adding that she was under the impression that a discussion had also been had with President Niinistö.

Niinistö was asked yesterday if the established practice is to coordinate the response in situations such as this. He responded by saying there have only been a few comparable cases but confirmed that he sat down with the ministerial committee on foreign and security policy in conjunction with the occupation of Crimea.

“I’m naturally sticking to the constitution, which decrees foreign and security policy and its leadership fairly clearly,” he was quoted as saying by Helsingin Sanomat.

He was also asked if he is implying “between the lines” that the prime minister rushed to respond to the issue and that the position should have been discussed together. “If the lines are visible, there’s no use going between the lines,” he retorted.

Marin and Niinistö came at loggerheads also last spring over differences about the need to set up a task force to manage the coronavirus epidemic.

Niinistö discussed the arrest and its impact on Russo-European relations with Russian President Vladimir Putin on Thursday.