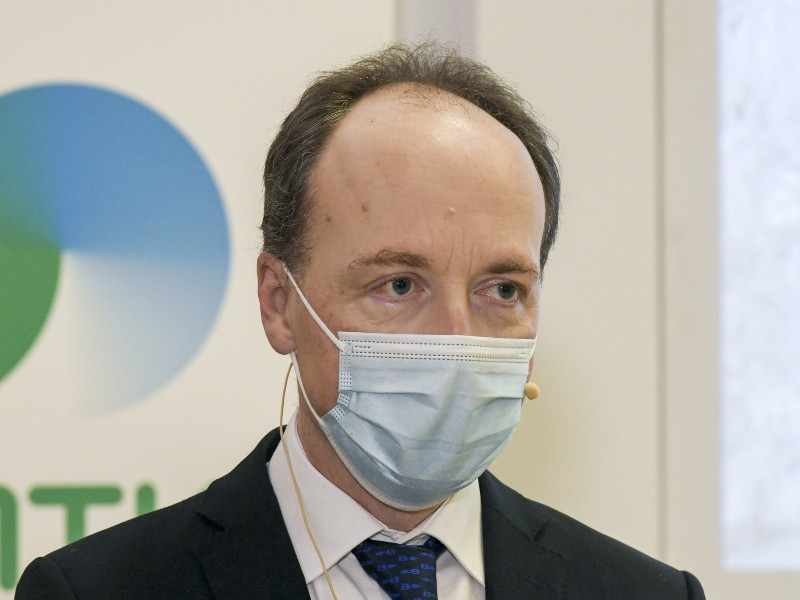 Jussi Halla-aho’s Finns Party has continued to consolidate its position in the early run-up to the municipal elections scheduled for April 2021. (Markku Ulander – Lehtikuva)

THE FINNS PARTY and Social Democratic Party have swapped places at the top of a poll commissioned monthly by Helsingin Sanomat.

The latest poll found that the populist right-wing opposition party would receive 21.0 per cent of the vote if the parliamentary elections were organised today, a share that represents an increase of 0.4 percentage points from the previous poll.

Support for the Social Democrats, by contrast, decreased by 0.6 points to 20.8 per cent.

Sakari Nurmela, the research director at Kantar TNS, said the Finns Party is climbing in the poll primarily with the help of people who do not vote regularly, although it has also benefited from its appeal to the supporters of the Centre Party and National Coalition Party.

“The Centre and National Coalition seem to have supporters who for one reason or another are dissatisfied with their own party and feel more drawn to the Finns Party, as well as its conservative values and more pleasing statements on the economy,” he analysed for Helsingin Sanomat on Wednesday.

The Centre Party clung to its status as the fourth most well supporter party in the country, despite seeing its popularity fall by 0.6 points to 10.8 per cent. The Green League is trailing its coalition party by the slimmest possible margins after seeing its approval rating jump by 0.7 points to 10.7 per cent.

The Left Alliance and the Swedish People’s Party, the final two members of the five-party ruling coalition, are projected to win 7.7 per cent and 4.3 per cent of the popular vote, respectively, for the second consecutive month.

Kantar TNS interviewed 2,610 people for the poll between 21 December and 15 January.

Nurmela on Wednesday highlighted that the polling period did not coincide with the most heated debate sparked by the reprimand issued to Minister for Foreign Affairs Pekka Haavisto (Greens) by the Parliament’s Constitutional Law Committee. This, he said, may have contributed to the recovery of the Greens.

“It’s often that what goes up or down quickly can also go the other way quickly,” told Nurmela.

The Greens may have gained support also at the expense of the Social Democrats.