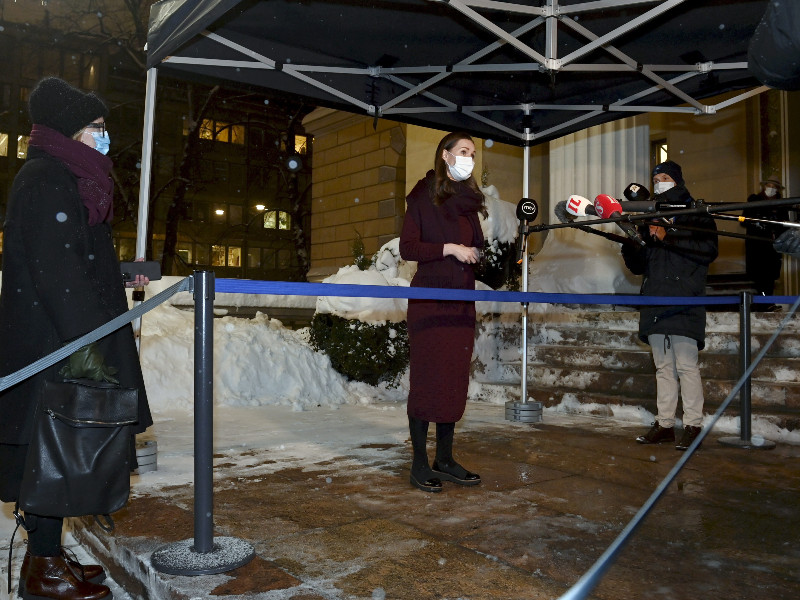 Prime Minister Sanna Marin (SDP) spoke to reporters arriving for a government meeting at the House of the Estates in Helsinki on Wednesday, 13 January 2021. (Emmi Korhonen – Lehtikuva)

THE FINNISH GOVERNMENT on Wednesday met at the House of the Estates in Helsinki to discuss the new coronavirus variants, measures required to contain them and the situation in the events industry.

“My view is that the risk factors [with the variant] are big,” she was quoted as saying ahead of the negotiations by Helsingin Sanomat. “We’d rather take action earlier and more determinedly. Now is at least not the time to start relaxing these restrictions. It’s possible that the restrictions could be stepped up.”

It is possible, she added, that the more transmissible variant made its way to the country already before its discovery was reported in December.

Marin also expressed her support for the hardline border policy approach adopted by the government in response to the pandemic, underlining that testing must be adopted at all border-crossing points.

“I don’t want to rule out anything,” told Marin.