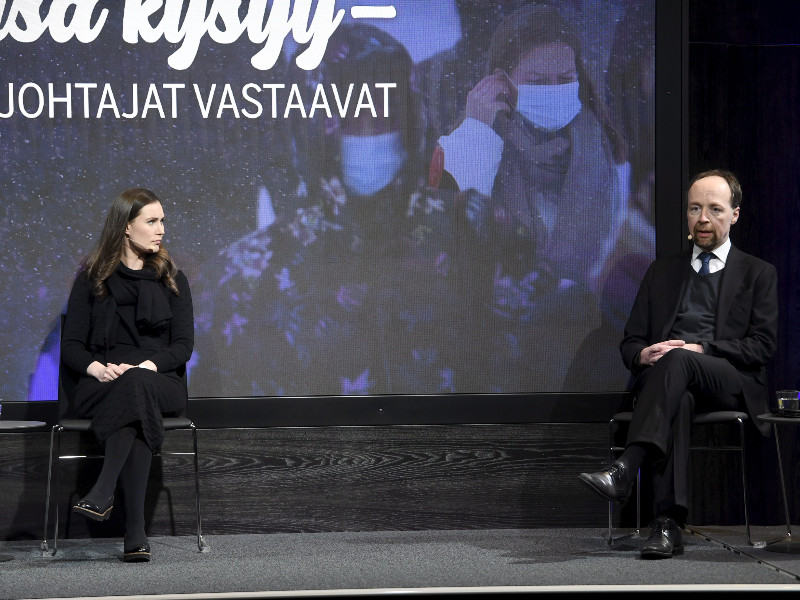 POPULAR SUPPORT for the Finns Party has risen by one percentage point for the second consecutive month to 21.9 per cent, indicates the most recent opinion poll commissioned by YLE.

The Finnish public broadcasting company reported last week that the right-wing opposition party thereby held on to its position at the top of the poll by a 0.5-point margin, in spite of a 0.8-point increase in support for the Social Democrats.

“The overview is that two parties are tussling for the largest party’s status, while the others aren’t really moving in any direction,” summarised Tuomo Turja, the research director at Taloustutkimus.

The Finns Party has benefited especially from the public debate surrounding the repatriations of Finnish nationals from al-Hol, Syria, and Minister for Foreign Affairs Pekka Haavisto (Greens). Support for the opposition party, he told, appears to have risen following the repatriations of women and children from the camp and the reprimand issued to Haavisto by the Parliament’s Constitutional Law Committee.

“These sorts of debates are a stronghold for the Finns Party. Whenever there are repatriations, they know how to take advantage of the [surrounding] debate,” noted Turja.

Support for the party has risen every month since August. Chairperson Jussi Halla-aho will seek to stay the course until the municipal elections scheduled for April.

The Social Democratic Party, meanwhile, has remained popular due to its visible role in combating the coronavirus epidemic in Finland. The timing of the poll meant the responses were unaffected by the concerns expressed about the availability of vaccines but affected by the decision to abolish the so-called unemployment path to retirement.

“The SDP lost support during the polling period especially in the 50–64-year-old age group, which is particularly affected by the gradual removal of the retirement path,” highlighted Turja.

Support for the National Coalition crept up by 0.3 points to 16.2 per cent.

The Centre and Green League both saw their popularity deteriorate, by 0.4 points to 11.7 per cent and 0.2 points to 11.4 per cent, respectively. Although the Centre has recovered slightly from its low point last summer, it continues to poll at a level lower than its vote share in the most recent parliamentary elections. Its members were torn especially over the vote of confidence given to Minister for Foreign Affairs Haavisto on 15 December.

“The weeks that followed the vote were a bit weaker for the Centre,” said Turja.

The Left Alliance saw its popularity increase by 0.4 points to 7.6 per cent regardless of the commotion caused by the retirement path decision. Chairperson Li Andersson publicly took credit for the decisions made to offset the abolition: to improve employee protection in the event of restructuring and maintain the special provisions on unemployment security for the elderly.

No major changes were measured in the approval ratings of the Swedish People’s Party (4.3%) and Christian Democrats (2.8%). Movement Now, however, dropped by 0.9 points to 1.3 per cent.

Taloustutkimus interviewed 2,221 people for the poll between 2 December and 5 January.