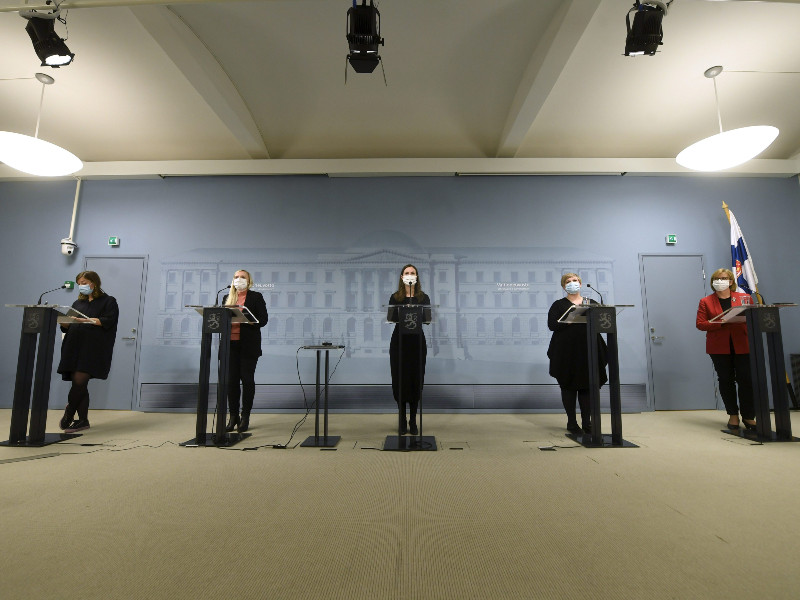 Members of the Finnish government detailed measures to boost employment among people nearing the retirement age at a press conference in Helsinki on Thursday, 17 December 2020. (Vesa Moilanen – Lehtikuva)

THE GOVERNMENT of Prime Minister Sanna Marin (SDP) on Thursday struck an agreement on measures to promote employment among over 55-year-olds, deciding to gradually do away with the so-called unemployment path to retirement.

The unemployment path to retirement refers to the additional days of unemployment allowance available to ageing job seekers who meet certain work-related conditions.

“The government’s objective is to improve employment with structural reforms. The employment impact of the decisions we’ve now made is 10,000 additional employed people,” Marin stated in Helsinki on Thursday. “The removal of the additional days will be scheduled for the post-coronavirus crisis time.”

YLE on Thursday reported that people born in 1965 or later will not have the option to use the additional days of unemployment allowance to transition to retirement. The lower age limit for the allowance, the public broadcaster added, will additionally be raised by a year for each group starting with people born in 1963.

The decision will have no impact on people already on the unemployment path to retirement.

Removing the path was a bitter pill to swallow especially for the Left Alliance. Chairperson Li Andersson confirmed that the party does not believe the abolition to be justified in the current economic conditions.

“Our central concern has been securing livelihood for people who’ll lose their jobs regardless,” she commented.

The Left Alliance demanded that the abolition be offset by improving the livelihood, employment and protection in the event of re-structuring of over 55-year-olds. The decision will instate a supplementary support scheme for over 55-year-old job seekers, entitling employees who had worked for the same employer for over five years to a package consisting of a training subsidy worth two months’ wage and severance package worth one month’s wage.

“It was important for the government to find a balanced solution that places strong emphasis on working-life security,” commented Marin.

“We’re talking about a balanced package that takes into account the interests of taxpayers, the needs of employees and the perspective of employers,” echoed Minister of Science and Culture Annika Saarikko (Centre). “The obligations of employers won’t increase excessively.”

The ruling parties also agreed to raise the wage subsidy of over 55-year-olds who have been without a job for 24 of the last 28 months to 70 per cent of wage. The maximum amount of the earned income tax credit will additionally be raised by 200 euros for over 60-year-olds as of 2023, according to YLE.

Estimated to narrow the deficit in the public economy by 165 million euros, the measures are part of a government effort to agree on measures that add at least 31,000 people to the ranks of the employed by the end of the year.