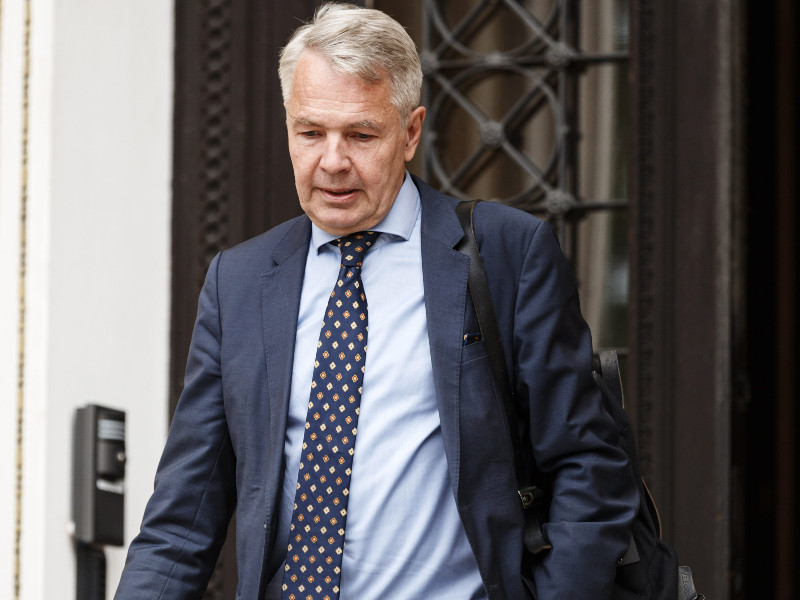 Minister for Foreign Affairs Pekka Haavisto (Greens) on Wednesday said he is relieved to receive a ruling after a year-long process. (Roni Rekomaa – Lehtikuva)

Marin on Wednesday tweeted that the government and its ministers serve at the pleasure of the Finnish Parliament, which will today debate the ruling delivered on the actions of Haavisto in repatriating Finnish nationals from Syria by the Parliament’s Constitutional Law Committee.

The Constitutional Law Committee stated in its ruling that although the minister had violated his official duties, the violation was not serious enough to meet the threshold for prosecuting a minister.

The ruling was issued under section 116 of the constitution, which states that a member of the government can be charged if “he or she has, intentionally or through gross negligence, essentially contravened his or her duties as a minister or otherwise acted clearly unlawfully in office”.

Haavisto came under scrutiny after he re-assigned Pasi Tuominen, the director of consular services at the Ministry for Foreign Affairs, due to a disagreement over the repatriations of roughly 40 Finnish children and women housed in al-Hawl, a detention camp housing the women and children of the so-called Islamic State in Syria.

The issue kindled a heated public debate between those stressing the need to protect the children and those concerned about the security risk posed by their mothers.

“The Constitutional Law Committee has determined that there are no grounds to bring charges,” tweeted Minister of the Interior Maria Ohisalo (Greens). “Helping Finnish children is our judicial responsibility. Haavisto enjoys my strong confidence.”

The ruling was not unanimous, however. Two of the Greens’ representatives in the committee attached an objection to the ruling, arguing that no wrongdoing had taken place.

The Green League also attempted to convince its fellow ruling parties to soften the language of the ruling, indicates an e-mail obtained by MTV on Wednesday. One member of the committee who received the e-mail told the news outlet that such an attempt to influence other committee members is “unheard of”.

Outi Alanko-Kahiluoto (Greens) confirmed later that she had written the e-mail and viewed that the leak seriously dents the credibility of the Constitutional Law Committee.

“The proposed amendments to what was a yet-to-be-finalised framework were judicially justified. My own stance on deliberations by the committee is that they should always lean on experts,” she commented on Twitter.

Haavisto himself said he is relieved to receive a ruling after a year-long process.

The process has also generated concerns about the politicisation of the Constitutional Law Committee, which is tasked with issuing statements on the constitutionality of bills and alleged malfeasance by government ministers in Finland.

Tapani Tölli (Centre), a former long-term member and deputy chairperson of the Constitutional Law Committee, stated to Helsingin Sanomat that lawmakers attending a session of the committee should “completely forget” whether they are in the government or opposition.

“It ensures the committee works as intended.”

He also voiced his concern about the fact that some members of the committee were among the signatories of the notification that initiated the inquiry into the actions of Haavisto. Members, he stressed, should consider such actions carefully.

“If I’m a member of the committee, it’s the duty of others to give assignments to the committee. It’s possible judicially, but I wouldn’t do that because of hygiene and independence,” he phrased.