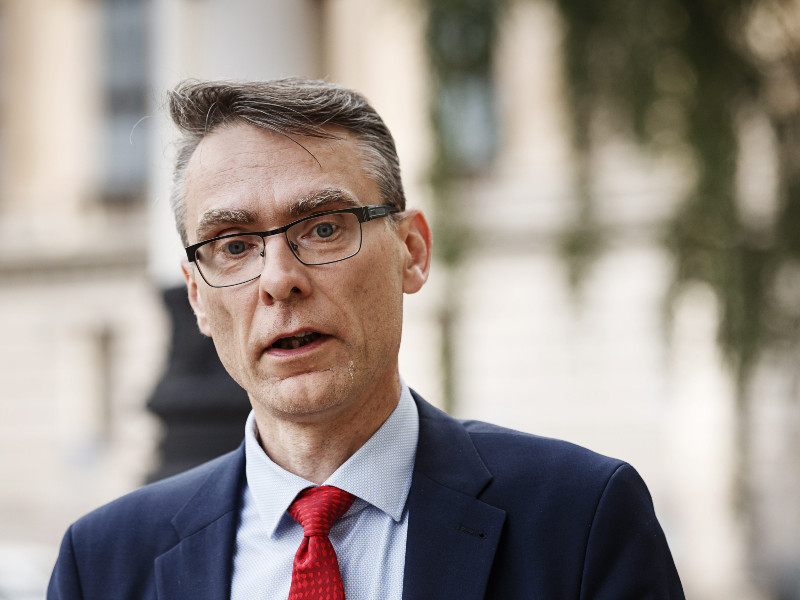 Chancellor of Justice Tuomas Pöysti was photographed arriving to a government meeting at the House of the Estates in Helsinki on 13 August 2020. (Roni Rekomaa – Lehtikuva)

KEY FINNISH MINISTRIES were not sufficiently prepared to, for example, acquire the personal protective equipment required in the fight against the new coronavirus, rules Chancellor of Justice Tuomas Pöysti.

Pöysti on Friday issued his ruling on the equipment acquisition and storage-related actions of the Ministry of Social Affairs and Health, and the Ministry of Employment and the Economy.

The former ministry is responsible under law for ensuring preparedness in health care and the latter for developing and co-ordinating the preparedness measures.

The ruling calls attention to the importance of rapid decision-making in states of emergency, underlining that the decision-making mechanisms and distribution of responsibilities should be set in advance as thoroughly as possible.

“The reports received by the chancellor of justice indicate that co-operation between ministries was ineffective at the onset [of the crisis] and the distribution of responsibilities was not sufficiently clear at the Ministry of Social Affairs and Health. There was no readiness to address a disruption affecting large numbers of people such as a pandemic,” said Pöysti.

The responsibilities at the ministry are presently divided between the Minister of Family Affairs and Social Services Krista Kiuru (SDP) and Minister of Social Affairs and Health Aino-Kaisa Pekonen (LA). The division, he viewed, should be re-examined to make sure it is clear also from the viewpoint of crisis leadership.

He also acknowledged that the situation has improved both in terms of co-operation and distribution of responsibilities during the coronavirus pandemic.

The chancellor of justice last spring received several complaints concerning the acquisitions of personal protective equipment, such as face masks, by the ministries and the National Emergency Supply Agency (HVK).

Pöysti said HVK received a higher-than-usual number of support requests while its position was complicated by the ambiguity of its operational role in preparedness and the special responsibilities it took on for the equipment acquisitions. It became apparent that the agency was struggling to carry out the mounting requests of the ministries by the end of April.

“Because the number of support requests grew substantially, the Ministry of Social Affairs and Health should have considered the operational capacity of the agency more actively in making its requests. The organisation, objectives, productivity and transparency of the emergency supply should be improved and the responsibilities clarified further.”