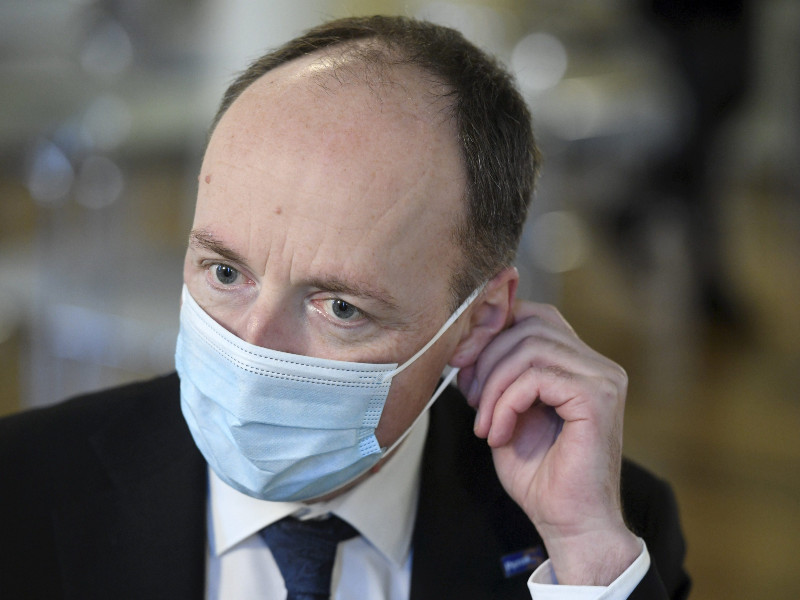 Jussi Halla-aho, the chairperson of the Finns Party, believes the coronavirus epidemic is beginning to make way for other, ultimately bigger topics of discussion in Finland. (Heikki Saukkomaa – Lehtikuva)

THE FINNS PARTY overtook the Social Democratic Party with a 1.4-percentage-point surge in popular support in the latest opinion poll commissioned by YLE.

The Finnish public broadcasting company reported yesterday that the populist right-wing opposition party would win 20.9 per cent of the vote if the parliamentary elections were held today, a haul that would be 0.3 points larger than that of the Social Democrats.

“The Finns Party has done well at holding on to those supporters who voted for it in the parliamentary elections. It has also received new supporters from the ranks of the sleeper party, the National Coalition and the Centre Party,” analysed Tuomo Turja, the research director at Taloustutkimus.

Men, in particular, have shifted their support for the opposition party.

Jussi Halla-aho, the chairperson of the Finns Party, attributed the increase to “clarity”, “integrity” and “credibility” arising from consistency.

“It seems that the situation has normalised, so to speak, toward the end of the year. Even though the coronavirus epidemic isn’t over, it’s starting to make way as a topic of discussion for questions that are ultimately bigger,” he commented to YLE.

Support for the Social Democrats, the largest member of the ruling five-party coalition, continued to slip for the second month in succession, dropping by 0.6 points to 20.6 per cent, after reaching almost unprecedented heights during the coronavirus-induced state of emergency last spring.

“We’re now returning to figures that are normal in the present political situation. No single party is clearly the largest, but [there are] three to four medium-sized parties,” said Turja.

The National Coalition similarly continued on a downward trajectory by falling 0.7 points to 15.9 per cent, thrusting into doubts its bid to emerge as the largest party from the municipal elections held next April. The right-wing opposition party’s popularity has decreased especially among under 35-year-olds, as it fights for support at two separate fronts: on the one hand against the Finns Party and, on the other, against the Green League.

The Green League and Centre Party are separated by only 0.5 points after the former climbed by 0.8 points to 11.6 per cent and the latter fell by 0.3 points to 12.1 per cent. Support for the Left Alliance dropped by 0.5 points to 7.2 per cent, while that for the Swedish People’s Party crept up by 0.1 points to 4.4 per cent.

Taloustutkimus interviewed 2,707 people for the poll between 9 November and 1 December.