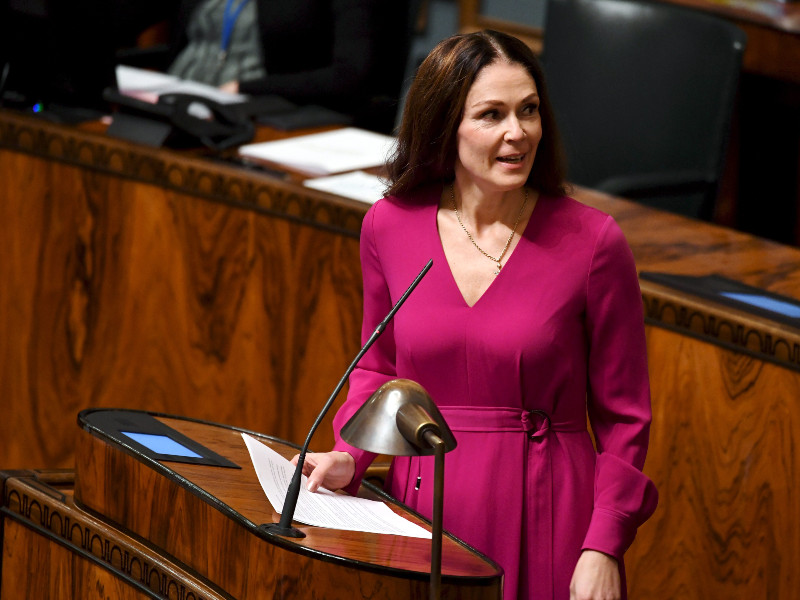 Lulu Ranne of the Finns Party on Tuesday said Finland’s contribution to the recovery plan is over two times as high as its receipts. (Jussi Nukari – Lehtikuva)

THE PARLIAMENTARY GROUPS of Finnish ruling parties have expressed their unanimous support for a government programme on sustainable growth that outlines the actions to be taken under the joint stimulus package of the European Union.

Minister of Finance Matti Vanhanen (Centre) on Tuesday stated in the Finnish Parliament that the stimulus package supports the recovery of both Finland and the EU.

Johannes Koskinen (SDP) reminded that economists are widely in agreement that stimulus-based economic policy making is presently needed not only across the 27-county bloc, but also across the world.

“The sustainable economy programme that’s under consideration today is precisely this kind of stimulus. The opposition will surely repeatedly draw attention to the fact that Finland is a net contributor to the EU’s recovery package and question if Finland should commit to the package,” he was quoted as saying by YLE.

Three of the four opposition parties expressed their reservations about the recovery package: the Finns Party, Christian Democrats and Movement Now.

Finland, she highlighted, is set to contribute 6.6 billion euros to the package.

“That’s more than twice as much as we’d be getting for our own use. If we imagine that debt stimulus works, we should use all of the 6.6 billion euros directly to benefit Finland,” she added. “Using funds based on the union’s rules and primarily for the benefit of other countries isn’t based on acceptable reasons, least of all on fighting the consequences of the coronavirus.”

Antero Laukkanen (CD) cautioned against the adoption of the package, viewing that it would open the door for the introduction of other funding mechanisms that undermine the development of an economically sustainable and stable Europe.

“If we go through this door, we’ll be faced with a debt-filled future,” he said.

Juhana Vartiainen (NCP) viewed that the recovery plan is an imperfect compromise and, as such, preferable over a divided EU.

“Even an imperfect negotiated outcome is an indication that Europe is capable of taking action and making agreements. That’s more valuable for Finns than the flaws contained in this outcome,” he argued.