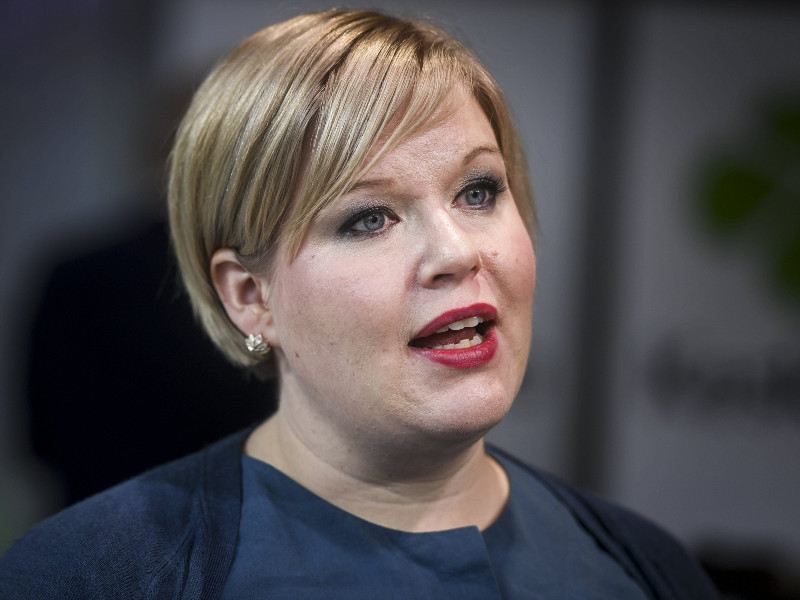 Led by Annika Saarikko, the Centre Party would receive 11.7 per cent of the popular vote if the parliamentary elections were held today, shows a poll by Helsingin Sanomat. (Emmi Korhonen – Lehtikuva)

THE POWER BALANCE between Finnish political parties has remained all but unchanged in recent weeks, suggests a poll commissioned by Helsingin Sanomat.

The most notable positive change from the previous month was registered by the Centre Party, which saw its popularity creep up by 0.5 percentage points to 11.7 per cent and consequently held on to its status as the fourth most popular party in Finland.

The swings were even smaller for the other parties.

The Social Democratic Party remains the most popular party in the country despite seeing its popularity drop by 0.1 points 20.8 per cent. The Finns Party received 19.9 per cent of the hypothetical vote for the second consecutive month, widening its advantage over the National Coalition (-0.3pps) to 3.4 points.

The Green League trails the Centre by 0.6 points after recording an up-tick of 0.1 points to 11.1 per cent. Support for the Left Alliance dropped by 0.3 points to 7.5 per cent, while that for the Swedish People’s Party stayed at 4.4 per cent.

The Christian Democrats and Movement Now both registered a change of 0.1 point in their popularity, the former dropping to 3.7 and the latter climbing to 2.2 per cent.

Sakari Nurmela, the research director at Kantar TNS, said the Social Democratic Party has continued to make gains at the expense of the Greens and Left Alliance.

“Support for the SDP has sustained well through the summer and autumn, even though it and the government have at times been challenged quite strongly on economic issues, in particular,” he commented to Helsingin Sanomat.

The largest member of the five-party ruling coalition, he viewed, is well situated for the next municipal elections, although mobilising its supporter base remains critical for its success.

“The task isn't made any easier by the fact that the SDP is simultaneously trying to convince its traditional supporters, the new friends it has made with the Greens and Left Alliance, and possibly also the blue-collar voters that moved to the Finns Party before the parliamentary elections,” said Nurmela.

Kantar TNS interviewed 2,620 people for the poll between 19 October and 20 November.