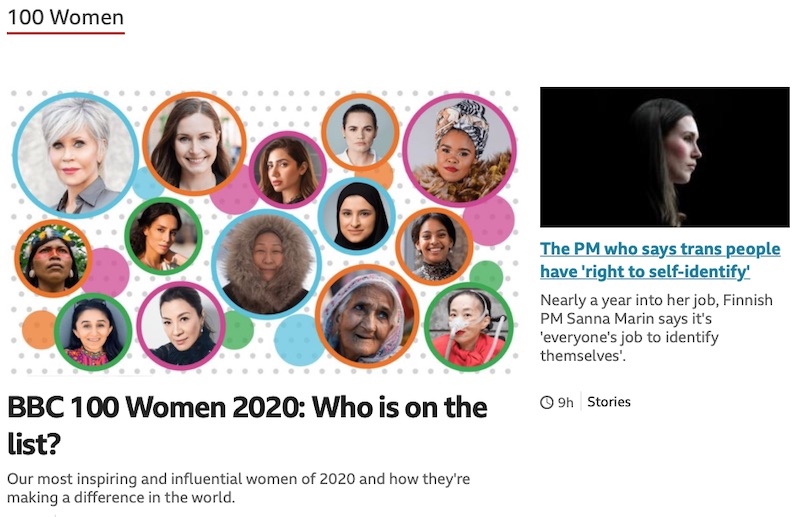 The BBC has revealed the names of the trailblazing women on this year’s 100 Women List, celebrating inspirational and influential women from across the globe – from high profile names to unsung heroes.

In a year of unprecedented turbulence, this year’s theme is ‘How Women-Led Change in 2020’ and celebrates some of the scientists, public health experts, and healthcare workers who have helped us weather the storm

of the global pandemic, as well as women from other industries who have all been leaders of change in their own way - from politicians, lawyers and architects to actors, writers, athletes, singers and those who have sought to improve the lives of others in their community.

Finnish Prime minister and leader of the Social Democratic Party of Finland Sanna Marin (35) is on the list for the first time. BBC mentions Marin’s achievement as leading a coalition government that has been formed with four other parties, all led by women and her support for transsexual people’s right to have their own identity.

Most of the women on the list are activists, scientists or local politicians or celebrities unknown to the global public. Some of the most recognisable names on the list include:

For the first time, this year’s List will see the 100th spot left blank to honour all the women who made an impact and a sacrifice in this extraordinary year, and allow our audiences to fill it with someone meaningful to them.