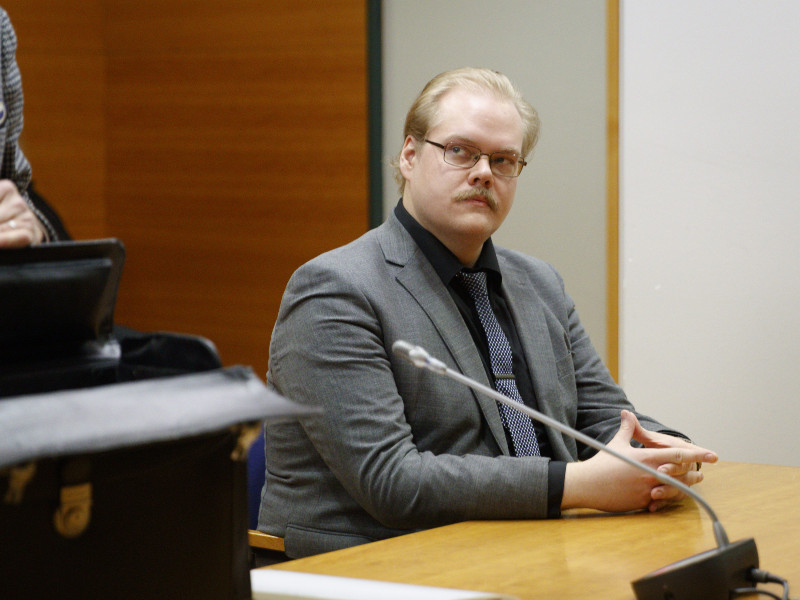 Toni Jalonen, a former deputy chairperson of the Finns Party Youth, attending a hearing at the District Court of Pirkanmaa in Tampere on 4 November 2020. (Kalle Parkkinen – Lehtikuva)

THE DISTRICT COURT of Pirkanmaa on Wednesday delivered its ruling on the ethnic agitation charges brought against two ex-members of the Finns Party Youth, the former official youth organisation of the Finns Party.

Toni Jalonen, a former deputy chairperson of the Finns Party Youth, was ordered to pay a 50-day, 300 euro fine and another defendant a 40-day, 240-euro fine.

The ruling is related to a tweet published ahead of the most recent elections to the European Parliament, held in May 2019. “Vote for the Finns Party so that Finland’s future won’t look like this,” read the tweet that was accompanied by a photo of a black couple and a child.

The District Court of Pirkanmaa determined that the tweet met the elements of hate speech as it was neither a critical contribution to the immigration or foreign policy debate, nor an objection to a specific domain of EU policy. Instead, the court ruled, the tweet referred only to the skin colour of the people in the photograph and indicated that they should not be allowed into Finland

“The posting can contribute to causing intolerance and the text to breeding contempt and, in some people, even hatred based only on the skin colour of people, and that can be regarded as extremely slanderous. Politician Jalonen was definitely responsible for making sure his actions do not spread intolerance and increase hatred toward a certain population group based only on skin colour,” the reading read according to Helsingin Sanomat.

The court dismissed the charges brought against a third ex-member of the political youth organisation over a similar campaign post made on Facebook.

The Finns Party in February stripped Jalonen of his party membership after he had expressed his sympathies for Nazism. The populist right-wing opposition party later severed ties with its youth organisation and set up a new one called Perussuomalainen Nuoriso.