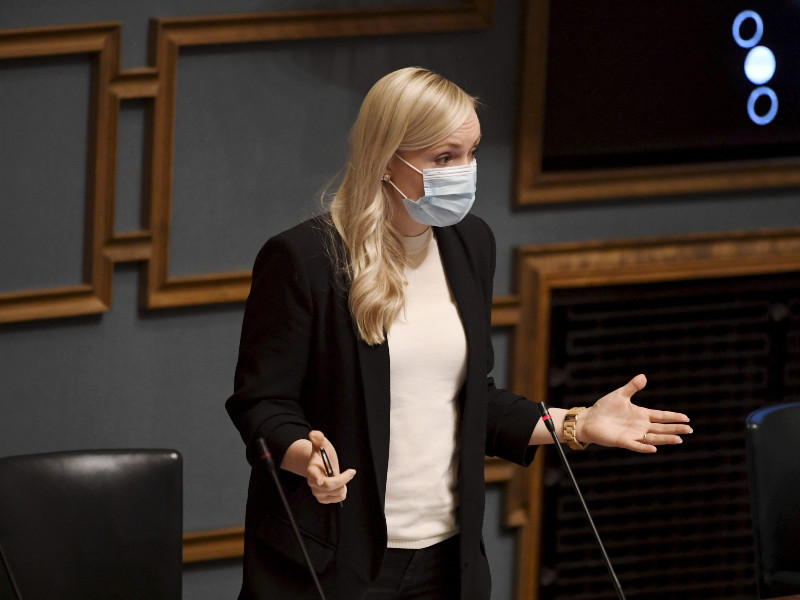 Minister of the Interior Maria Ohisalo (Greens) is this week set to lead the government into a discussion about the need for internal border controls at the borders of Finland. (Vesa Moilanen – Lehtikuva)

THE FINNISH GOVERNMENT is expected to convene this week to discuss whether to uphold what are presently some of the strictest internal border controls in the European Union.

YLE on Sunday reported that the government is set to debate the issue over the first few days of the week before making its decision on Thursday. Minister of the Interior Maria Ohisalo (Greens) on Sunday refused to comment on what she plans to propose to her fellow cabinet members.

“We’ll comment [on the matter] once it’s perfectly clear and we’ve discussed it together. It’s clear that the borders must be safe in all circumstances,” she said to the public broadcasting company.

The border controls in principle cannot be upheld for more than six months.

“We’re already in an unlawful spot when it comes to the six-month rule in the border control provisions of the Schengen Area. But until we have a sound testing system at the borders, we’ll naturally have to have some other kind of a system in place,” stated Ohisalo.

YLE on Sunday wrote that it has obtained information indicating that the government has yet to identify a viable alternative to upholding the border controls due to its failure to establish a dependable protocol for testing and quarantining arrivals. The Ministry of the Interior began drafting a decision that would have upheld the controls last month, but the process was halted by Chancellor of Justice Tuomas Pöysti.

“I’ve called for very detailed justification for the necessity of the restrictions, among other things. These questions have been linked to legislative boundary conditions,” he stated to YLE.

Pöysti has adopted a firm stance on the issue of legality. The European Commission, he pointed out, allowed member states to suspend free movement in the early stages of the pandemic, but its tolerance has since decreased.

“With the situation dragging on, the commission has started to demand that other measures be used to smother the epidemic,” he said.

The Chancellor of Justice is tasked with evaluating the legality of government actions, including the internal border controls and entry restrictions imposed to slow down the spread of the new coronavirus.

“We have to be able to scrap these measures as quickly as possible while making sure that a massive difference in the disease’s incidence doesn’t pose a risk to us,” he outlined.