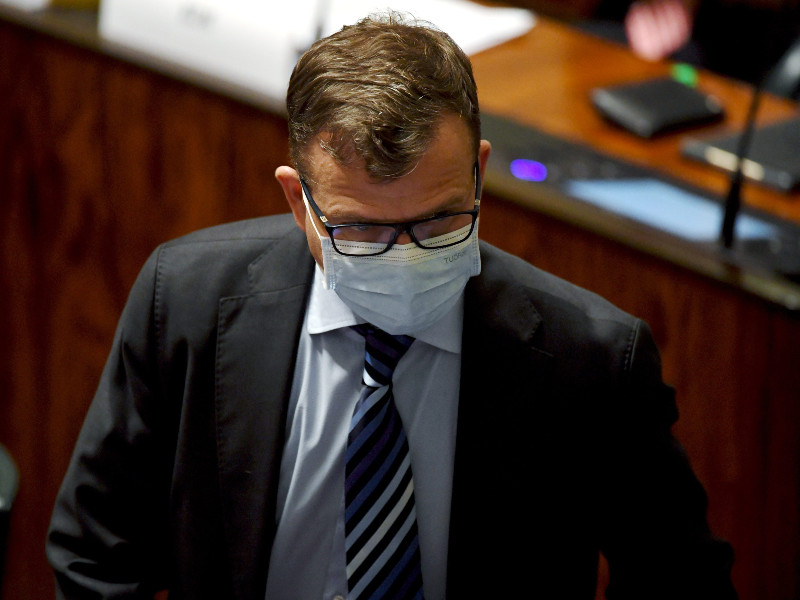 Support for Petteri Orpo’s National Coalition has hit its lowest point since the summer of 2019, shows a new opinion poll commissioned by YLE. (Antti Aimo-Koivisto – Lehtikuva)

THE NATIONAL COALITION is the biggest mover in the most recent opinion poll commissioned by YLE.

The public broadcasting company reported yesterday that popular support for the right-wing opposition party fell by 1.1 percentage points to 16.6 per cent, cementing its position as the third most popular party in Finland between the Finns Party (19.5%) and Centre Party (12.4%).

Petteri Orpo, the chairperson of the National Coalition, and his party comrades have sought to raise the profile of the party in the autumn by challenging the economic policy and coronavirus response of the Finnish government. The results of the poll, however, suggest the efforts have not been particularly successful.

“Supporters of the National Coalition have become spectators, meaning many of those who said they voted for the party in the last elections are now saying they don’t know which party they’d choose,” Tuomo Turja, the research director at Taloustutkimus, stated to YLE.

The support, he added, has been on the decline especially among business owners, which have shifted their allegiance increasingly toward the Finns Party.

The Finns Party contrastively saw its popularity creep up by 0.5 points mainly on the back of a surge of support from female voters, edging closer to the Social Democrats. The largest member of the five-party ruling coalition saw its popularity decrease by 0.6 points to 21.2 per cent.

Support for the Centre Party jumped by almost one point to 12.4 per cent, offering the traditional centrist party some long-awaited optimism that the recent leadership re-shuffle is having the desired impact.

“The Centre is gradually winning back its core supporters,” said Turja.

The approval rating nonetheless remains well below the 17.5-per-cent objective set for the municipal elections of April 2021 by Annika Saarikko, the chairperson of the Centre.

The Centre also continues to poll well ahead of the third-largest member of the ruling coalition, the Green League, which saw its popularity slip by 0.1 points to 10.8 per cent. Although the Green League is not far off of its vote haul in the previous elections (11.5%), its approval rating has eroded noticeably from the roughly 14 per cent it was in in mid-2019, when the reins of the party were handed to Maria Ohisalo.

Turja pointed out that the start of the downward trend coincided with the emergence of Sanna Marin as the chairperson of the Social Democrats.

The Left Alliance saw its popularity drop for already the fifth consecutive month, dropping to 7.7 per cent. The Christian Democrats climbed by 0.7 points to 4.0 per cent, while the Swedish People’s Party and Movement Now saw their popularity wane by 0.2 points, to 4.3 and 1.6 per cent, respectively.

Taloustutkimus interviewed 2,457 people for the poll between 12 October and 3 November.