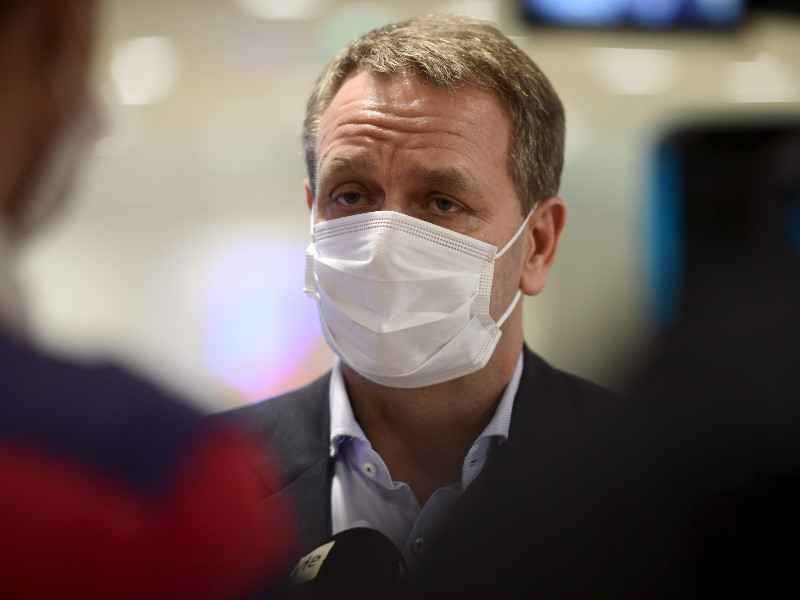 Mayor of Helsinki Jan Vapaavuori (NCP) has turned his sights on other challenges after leading the Finnish capital since 2017. (Emmi Korhonen – Lehtikuva)

MAYOR OF HELSINKI Jan Vapaavuori (NCP) on Sunday completely re-set the stage for the next municipal elections in the Finnish capital by announcing his decision not to seek re-election in April 2021.

“I won’t be in the running for next spring’s municipal elections,” the ex-minister of economic affairs stated in an interview with Helsingin Sanomat.

The surprise announcement has the potential to completely alter the dynamics of the elections, especially for the National Coalition. Vapaavuori received nearly 30,000 votes, almost four times as many as the country’s second biggest vote-getter, Anni Sinnemäki (Greens), the Deputy Mayor for Urban Environment in Helsinki.

Petteri Orpo, the chairperson of the National Coalition, said to Helsingin Sanomat that Vapaavuori would have been a welcome name on the party’s ticket in Helsinki.

“Jan Vapaavuori has been a great mayor for Helsinki and the National Coalition. Everyone of course can make their own decisions, and those decisions should be respected,” he said. “We were hoping he’d be in the running, but, as [Vapaavuori] pointed out, we’ve talked during the summer and autumn and I knew to expect this decision and had prepared a bit mentally.”

Ben Zyskowicz (NCP) reminded that it will be difficult to fill the boots of Vapaavuori, who won almost a third of the roughly 92,200 votes received by the National Coalition in 2017.

“It’ll be a challenge to find a new candidate who can fill the big boots left by Vapaavuori,” he admitted to Helsingin Sanomat.

His assessment was echoed by Sari Sarkomaa (NCP): “Vapaavuori continuing would’ve been important for all of Finland. He has done a marvellous job. When the City of Helsinki is doing well, so is the whole of Finland.”

Sarkomaa underlined that the decision has no impact whatsoever on the objectives of the National Coalition.

“Our goal will stay unchanged. But [Vapaavuori] was such a good candidate that this puts us in a situation where we’ll have to do a lot more work than we probably realise at this moment,” she commented to the newspaper.

Deputy Mayor for Education Pia Pakarinen (NCP) viewed that Vapaavuori will most likely have to be replaced by committee.

“You have to keep in mind that we don’t need a single candidate who gets 30,000 votes but lots of votes for the party, its many great candidates, because the mayor’s job is given to the party that receives the most votes.”