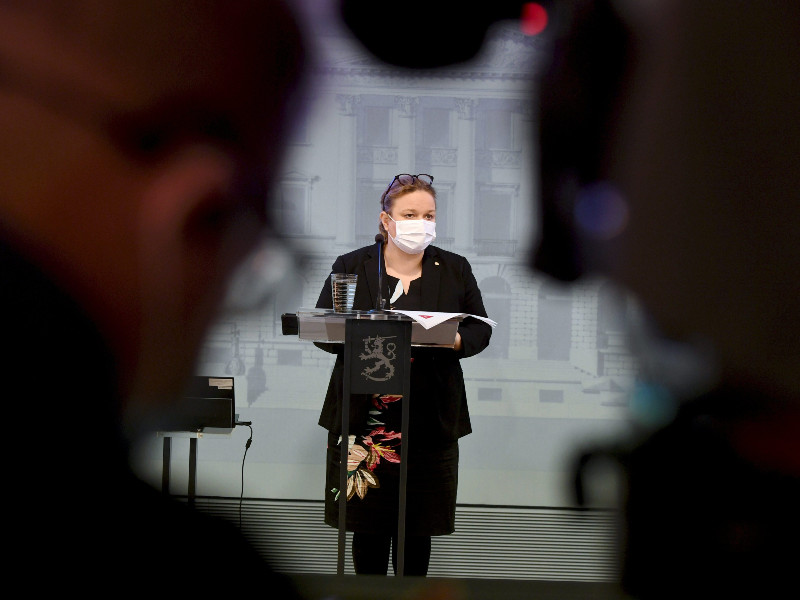 MINISTER of Family Affairs and Social Services Krista Kiuru (SDP) has revealed that a desire to deliver “a unanimous message” influenced the face mask-related decisions made last spring at the Ministry of Social Affairs and Health.

“Last spring, there was an emphasis on the importance of shared leadership and unanimous communication during the state of emergency,” she stated on YLE’s A-Studio on Tuesday.

“The problem right now is that we have too many voices when we’re communicating about these issues.”

Kiuru was yesterday asked to comment on the allegation that the ministry deemed it unnecessary to inform the public about the proper use of and most beneficial use environments for face coverings, thereby thwarting the plan of the Finnish Institute for Health and Welfare (THL).

THL, she confirmed, was brought under the leadership of the ministry upon the invocation of the emergency powers act. She denied the claim that she had politically steered the expert organisation, assuring that the starting point for both her and the government was to have confidence in the information and epidemiological situation updates provided by experts in all circumstances.

The decision on face coverings was made based, on the one hand, on expert information and, on the other, the views of THL and the Ministry of Social Affairs and Health.

“We’re talking about different everyday communication-related questions between the public relations specialists at THL and the Ministry of Social Affairs and Health,” she told YLE.

Representatives of the National Coalition on Friday announced a motion of no-confidence against Kiuru, arguing that there is reason to suspect that the mask study conducted last spring was subject to political guidance in a bid to mislead Finns.

Members of the Parliament will vote on the motion today, on Wednesday.