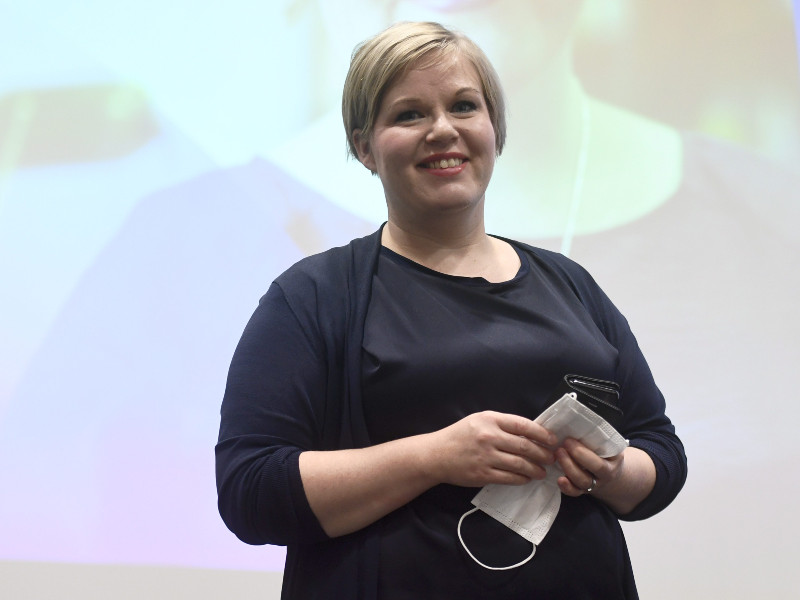 Annika Saarikko’s emergence to the helm of the Centre has yet to give a major boost to the centre-right party, shows a poll by YLE. (Emmi Korhonen – Lehtikuva)

THE SOCIAL DEMOCRATIC PARTY has retained its advantage over other parties with slightly more than six months to go until the municipal elections.

YLE on Thursday reported that popular support for the ruling party climbed in the past couple of weeks by 0.4 percentage points to 21.8 per cent, enough for an almost three-point lead over the Finns Party.

Taloustutkimus interviewed 3,404 people for the poll between 7 September and 6 October.

Support for the Finns Party rose by 0.2 points to 19.0 per cent, helping the populist right-wing party to cement its status as the most popular opposition party in Finland. The National Coalition was one of the two biggest fallers in the opinion poll, dropping from 18.3 to 17.7 per cent.

The other big faller was the Green League. Support for the ruling party slipped by 0.8 points to 10.9 per cent, meaning the party was overtaken as the second most popular member of the ruling coalition by the Centre Party (11.5%).

The Centre may be slightly disappointed that the poll only showed a 0.2-point increase in its popularity, in spite of its recent leadership re-shuffle.

“You can see a minor bump for the second consecutive month,” said Turja. “After [Annika] Saarikko’s election as chairperson, you can see a small spike upwards, but the level of support hasn’t increased.”

The Left Alliance saw its popularity drop by 0.1 points to 7.9 per cent, whereas the Swedish Democratic Party, the Christian Democrats and Movement Now all registered gains of 0.4 points, 0.3 points and 0.5 points, respectively.

“The changes are frankly unusually small this time around,” commented Turja.