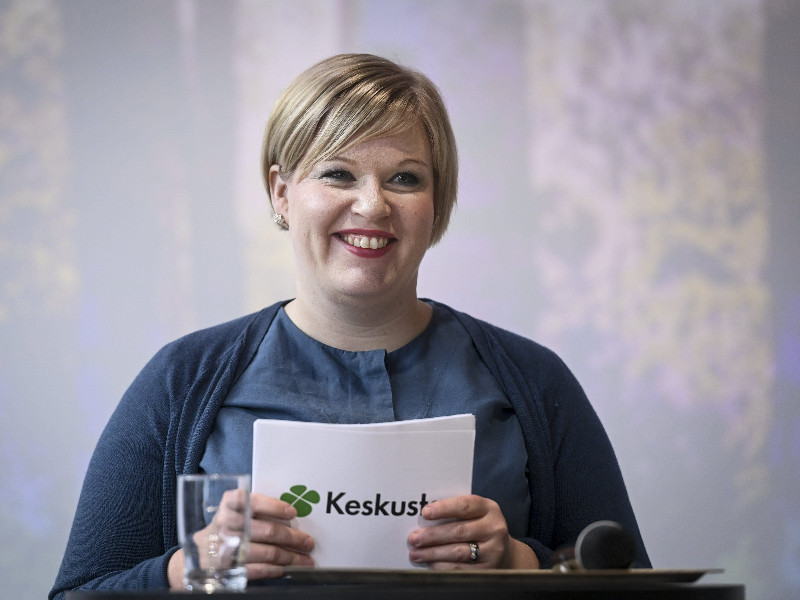 Annika Saarikko, the chairperson of the Centre Party, outlined the platform of the centre-right party in Helsinki on 18 September 2020. (Emmi Korhonen – Lehtikuva)

MINISTER of Science and Culture Annika Saarikko on Friday raised eyebrows with her first keynote speech as the chairperson of the Centre Party.

MTV on Friday highlighted that Saarikko delivered a version of the speech that did not refer to the newly approved objectives of the centre-right party to bring an additional 150,000 people to the ranks of the employed and raise the employment rate to 77 per cent by 2026.

The version published on the party’s website made mention of both objectives, according to the news outlet. MTV was told that the segment was scrapped in a bid to condense the speech and lessen the number of figures cited in it.

“Is the Centre letting itself down, too?” commented Sari Sarkomaa (NCP). “Annika Saarikko’s keynote speech was edited to remove the employment target of the party conference; the same took place in the budget session and the employment measures were postponed. The costs will be covered by hundreds of thousands of jobless people.”

Saarikko on Friday also came under criticism for words directed at young people.

“Climate, in particular, symbolises our concern about tomorrow. I say to you, ‘if you don’t recognise yourself from the selfies taken under banners that fuel climate anxiety, but you’re more interested in stopping climate change, you’re one of us’,” she stated.

Minister of the Interior Maria Ohisalo (Greens) on Saturday voiced her disapproval with the remark, stressing that there is never a right time to dismiss the justified alarm of young climate activists or not lend an ear to them.

“The concerns of the climate movement are justified, and they should be congratulated for calling attention to climate issues and spurring decision-makers,” she stated.

“If the Paris Agreement’s objectives are abandoned, the scope of the consequences will be so massive that it’s hardly comprehensible. In the next 50 years, up to three-and-a-half billion people are at risk of becoming climate refugees because their homes become as hot as Sahara. A third of all species are at risk of becoming extinct. If you think about this for too long, you’ll lose sleep.”

Saarikko had commented on the uproar a day earlier, assuring that it was not her intention to belittle the concerns of young people.

“The protests of young people have the right objective of lifting climate on the agenda. I wanted to call attention to the importance of taking action to prevent climate change and invite everyone to participate,” she said.