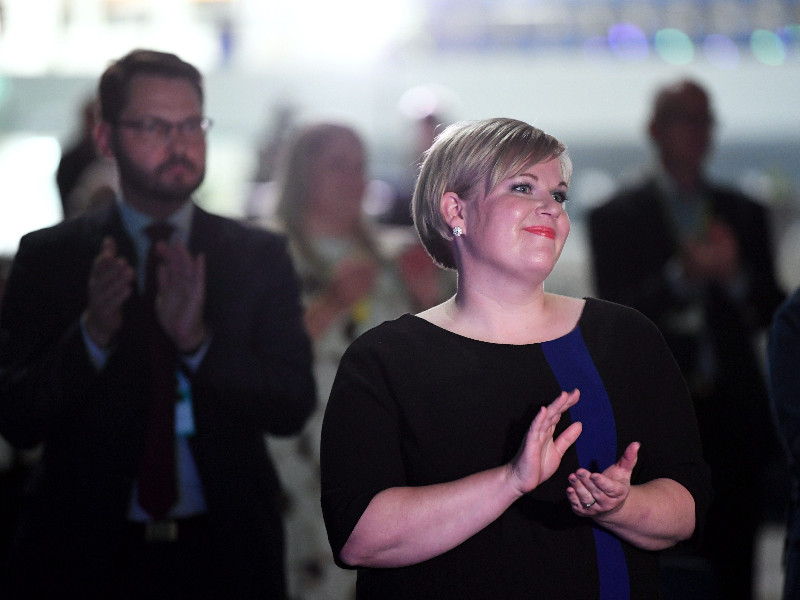 Minister of Science and Culture Annika Saarikko reiterated the Centre’s position on the energy use of peat soon after taking the reins of the centre-right party. (Antti Aimo-Koivisto – Lehtikuva)

THE CENTRE PARTY has not shifted its position on the energy use of peat in the wake of its recent leadership re-shuffle.

YLE on Monday asked Annika Saarikko, the newly elected chairperson of the centre-right party, whether the party is prepared to slash the production subsidies for the solid fossil fuel in the upcoming budget session in accordance with the demands of the Green League and Left Alliance.

“All the words in the government programme, when it comes to peat, were weighed on a golden scale. That’s what the Centre is committed to – to the idea of halving the energy use of peat towards the 2030s,” she articulated on YLE TV1.

While the government programme lays down the objective of at least halving the energy use of peat by 2030, the government expects the decrease to be primarily market-driven and states that the need for revisions supporting the objective should be “assessed” as part of the overhaul of energy taxation. The Green League, in particular, has called for a more proactive approach to meeting the objective.

The government is expected to introduce changes to energy taxation in the budget session scheduled for September. Saarikko on Monday declined to comment on the issue except by saying the energy taxation will be examined as a whole.

“[Peat] has become quite the symbolic issue. Finland has a much, much bigger problem in, for example, coal being used as the heating source in all these large cities. I hope the question of peat is put into proportion because we’ve agreed on a good roadmap that the Centre is committed to,” she added.

Saarikko also called attention also to the employment impact of peat: “It’s a livelihood for many, peat production in this country, that is.”