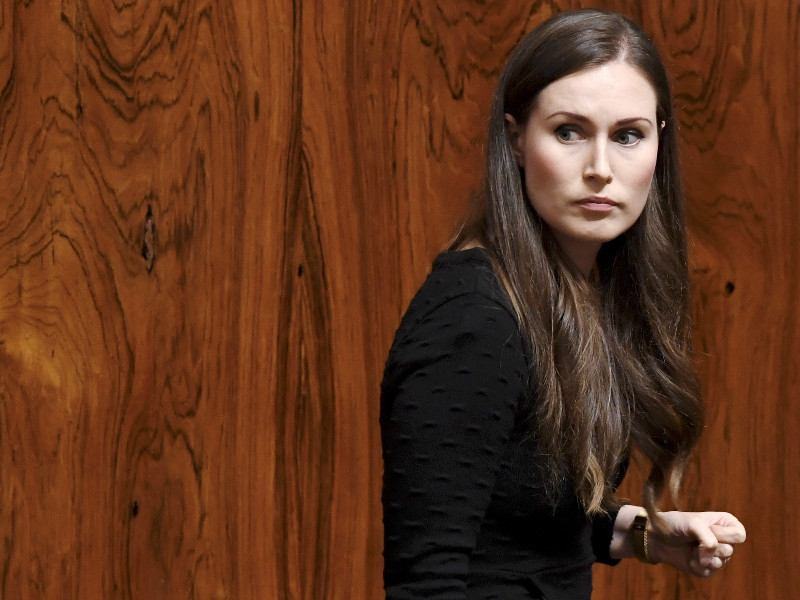 Prime Minister Sanna Marin was photographed in the session hall of the Parliament House in Helsinki on Thursday, 3 September 2020. (Heikki Saukkomaa – Lehtikuva)

THE SOCIAL DEMOCRATS will kick off the autumn in pole political position.

YLE on Thursday reported that popular support for the largest member of the five-party ruling coalition has decreased noticeably from the peak of over 23 per cent witnessed earlier this summer, falling by two percentage points to 21.4 per cent in August.

The Social Democratic Party saw its popularity wane especially during the last two weeks of August.

Prime Minister Sanna Marin was unanimously elected as the chairperson of the party in Tampere on Sunday, 23 August.

Tuomo Turja, the research director at Taloustutkimus, stated to the public broadcasting company that the decline in support stemmed almost exclusively from pensioners and over 65-year-olds. No one, however, should read too much into the two-point drop, given that the approval rating was at its highest level for quite some time in July.

Taloustutkimus interviewed 2,442 people for the poll between 10 August and 1 September.

The Finns Party and National Coalition remain locked in a fight over the status of the largest opposition party, with the former registering a 0.1-point drop to 18.8 per cent and the latter a one-point jump to 18.3 per cent.

The autumn term should provide both opposition parties with numerous opportunities to challenge the government of Prime Minister Sanna Marin (SDP). The Finns Party is awaiting a parliamentary debate on the recovery package thrashed out by the European Council in July. The National Coalition, in turn, is expected to jump at the opportunity to question the employment measures agreed on by the government.

The Centre Party has yet to receive a significant boost from its ongoing leadership but saw its popularity rise by 0.8 points to 11.3 per cent. The rise was not enough to re-claim the title of the second most popular ruling party from the Green League, which registered an up-tick of 0.1 points to 11.7 per cent.

Both the Left Alliance and Swedish People’s Party similarly registered barely discernible changes in their approval ratings, with the former dropping from 8.1 to 8.0 per cent and the latter climbing from 4.0 to 4.1 per cent.

The Christian Democratic Party saw its popularity decline by 0.6 points to 3.0 per cent. Support for Movement Now appears to have stabilised at around the one-per cent mark, according to YLE.