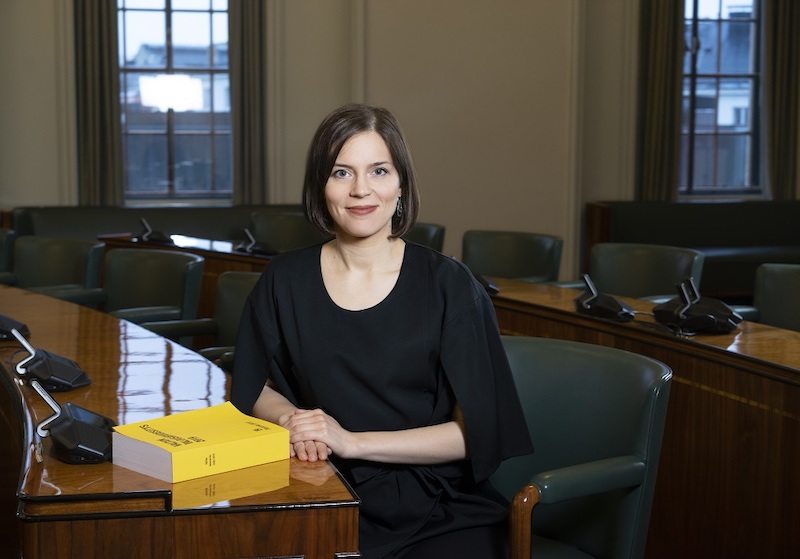 Mrs Mari Holopainen, a member of the Finnish Parliament from the Green League, is proposing for Finnish citizens to be included in the decision-making processes of the state resources allocation. According to Mrs Holopainen, it would be beneficial to investigate whether a certain part of the EU recovery package or the future financial framework could be distributed through participatory budgeting in member states on a voluntary basis. The aim of the €750 billion emergency fund is to accelerate the recovery of the European Economic Area.

"Civic engagement would familiarise citizens with decision-making processes, as well as EU administrative structure, whilst providing the state with innovative ideas for the benefit of the whole society. Hearing directly the voices of locals, not only lobbyists from the corporate sector would also increase the legitimacy of the Union. Citizens also possess valuable knowledge that could be utilized to a much greater extent in financial planning," Mrs Holopainen stresses.

In participatory budgeting, citizens are included in the decision-making of local investments and services. Participatory budgeting has been successfully implemented in numerous cities both within and outside of Europe. Between 2018 and 2019 the residents of the Finnish capital Helsinki were able to put forward ideas and vote on the allocation of a budget of 4.4 million euros. Mrs Holopainen believes similar practices should be extended.

"Participatory budgeting enables citizens to define what reconstruction really means for them; is it more libraries and community spaces or more cycle lanes and green parks. We may not have come up with such creative ideas if not for the valuable input from local citizens. Participatory budgeting enhances a sense of community, narrows welfare disparities, and promotes inclusion of marginalised groups," Mrs Holopainen continues.

Section 22 of Finland’s Municipal Act encourages municipalities to include local residents in financial planning. Citizen participation improves the quality and transparency of decision-making and strengthens public confidence in governance. It is also in the interest of the European Union to deepen democratic engagement and civic participation.