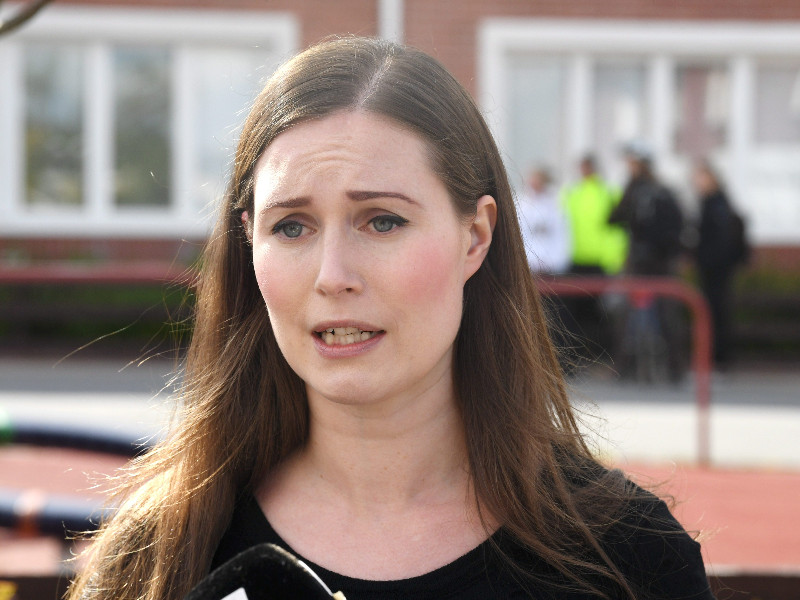 Prime Minister Sanna Marin (SDP) spoke to reporters in Jämsä, Central Finland, the location of a paper mill to be shut down by UPM, on Friday, 28 August 2020. (Jussi Nukari – Lehtikuva)

PRIME MINISTER Sanna Marin (SDP) has commented on the outrage kindled by her comments on the recent announcement of UPM.

The Finnish forest industry giant announced last week it is planning to shut down its paper mill in Kaipola, Central Finland, in 2020. Marin on Saturday told YLE that the announcement raises questions about the need to make it more difficult for companies to lay off staff and shut down facilities in Finland.

If it was her decision to make, the mill would not be shut down, she added.

“The Kaipola mill has been profitable. UPM has also drawn loads of dividends in recent years. This naturally raises questions from a human perspective about what’s enough and why now, when people are already struggling to find work,” she commented on YLE TV1. “Maybe they haven’t invested in and developed the factory as well as they could’ve.”

Her assessment was rejected by members of the political opposition and employer representatives.

“A deep sigh,” tweeted Mikael Pentikäinen, the CEO of the Federation of Finnish Enterprises. “Prime Minister Sanna Marin is advising UPM, which is making investments worth billions, on what to invest in and dreaming about remedying the employment situation by making lay-offs more difficult. The going would get tough for companies on this road.”

Paula Risikko (NCP) viewed that policy makers should look in the mirror instead of shifting the blame to employers.

“The prime minister’s discretion failed her badly. We don’t need to make accusations against companies, but we must look in the mirror. Has Finland been built into a country that’s worth investing in for international companies?” she asked.

Marin responded to the criticism on Twitter on Monday.

“It’s telling of the debate culture if calling for corporate responsibility from a solvent major corporation amid a crisis sparks this kind of outrage and accusations,” she stated.

“I’m ready to discuss and look for solutions to the problems of companies. I want companies to succeed and provide employment. The discussion is a lot easier if we talk about issues. Pointing to the class struggle, for instance, isn’t an argument and speaks mostly of a lack of historical perspective.”