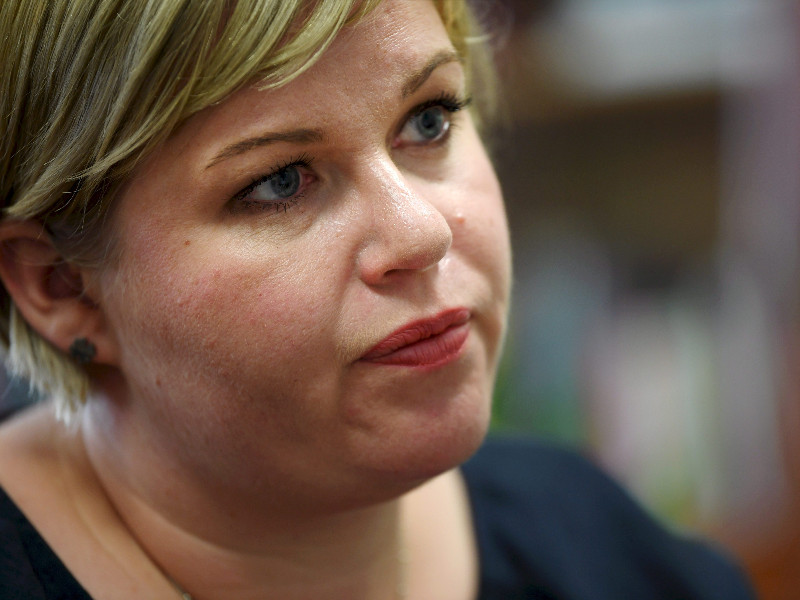 Minister of Education and Culture Annika Saarikko (Centre) is in the running to become the next chairperson of the Centre Party. (Antti Aimo-Koivisto – Lehtikuva)

ESTABLISHED MEMBERS of the Centre Party have criticised Prime Minister Sanna Marin (SDP) for the remarks she made in the wake of news about the shut-down of one of the largest paper mills and only newsprint producer in Finland.

UPM on Wednesday announced it is intent on shuttering its mill in Kaipola, Central Finland, by late 2020.

The mill consists of three paper machines, including one dedicated to newsprint, and employs around 450 employees. The Finnish forest industry giant also said it will begin consultative negotiations about the possibility of shedding 110 jobs at its pulp mills in Kymi, Kaukaa and Pietarsaari.

Marin on Saturday responded to the announcement by questioning the rationale behind shutting down a profitable mill especially in the prevalent challenging economic landscape.

“It naturally raises questions about what’s enough from the viewpoint of people,” she stated on YLE TV1's Ykkösaamu. “It also raises the question of why now. With people struggling to find employment as is and with us already being deep in a difficult economic situation, is it necessary to shut down a profitable factory right now?”

Minister of Culture and Science Annika Saarikko (Centre) on Sunday reminded that the flurry of accusations that followed the closure announcement is not helping.

“[The accusations] aren’t helping. They won’t create a single new job or provide even a moment’s solace. You can view that the decisions of major corporations are unfair and unreasonable, but even that won’t change the fact that competitiveness is a crucial factor in international comparisons,” she stated.

“We need co-operation. We need solutions. The situation is serious. Finnish entrepreneurs and enterprises are faced with the toughest circumstances in decades. It is the duty of policy makers to create new hope for the people of Central Finland,” added Saarikko.

“It is the duty of the government to bring together and build, not to make accusations and burn bridges.”

The Finnish government, she underlined, must adopt measures to support industries and exports in its looming budget session to foster a sense of security and hope for the future in regions affected by changes in the industrial structure.

Markus Lohi (Centre) warned that consolidating employee protection against unilateral termination could lead to an increase in fixed-term and other non-permanent employment contracts.

“Companies would no longer have the courage to hire people on a permanent basis as often as before. Southern Europe is a bad example of this,” he argued. “In addition, the threshold for making investments would rise further.”

Marin underscored to the public broadcasting company that the government remains committed to its employment goals.

“The employment goal remains unchanged: we’ll try to make decisions on 30,000 new employed people. We should get to 60,000 new jobs during the electoral term. We’re, however, in a difficult economic situation and now is the time for stimulus-based policies. That’s why the structural decisions that’ll be made must be examined based on the economic situation,” she told.

Helsingin Sanomat on Sunday wrote that the closure could also disrupt the functioning of the paper recycling system in Finland. The mill, it pointed out, is presently the largest refiner of recycled paper in the country, utilising up to a half of the 200,000 tonnes of paper collected from consumers annually.