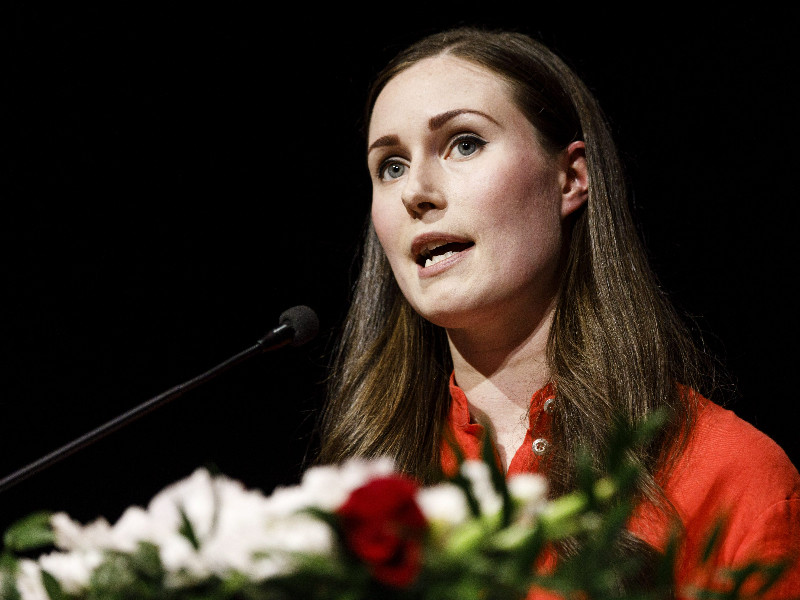 Prime Minister Sanna Marin (SDP) delivered a keynote speech in Tampere on Monday, a day after taking over the reins of the Social Democratic Party. (Roni Rekomaa – Lehtikuva)

PRIME MINISTER Sanna Marin (SDP) has confirmed that reducing working hours will be one of the objectives of her newly started tenure as the chairperson of the Social Democrats.

Marin on Monday stated in a keynote speech to her party comrades that the ruling party has to create a “clear vision and concrete roadmap” for proceeding toward shorter workdays and better working life in Finland.

She reminded that she called attention to the historic significance of the objective a year ago during the 120th anniversary celebrations of the Social Democrats.

“It caused an uproar because in recent years and decades the debate has focused on other kinds of themes as far as working life is concerned. The objective of shorter working time must not be pushed aside, and it’s not in conflict with our objective of having a higher employment rate or robust public economy,” she stated.

“We have to strive to improve labour productivity as a society, as companies and as employees.”

“One way to distribute wealth fairly is to improve working conditions and reduce working hours in a way that does not undermine income levels. When Finland shifted to an eight-hour workday and five-day work week in accordance with the goals of the Social Democrats, it didn’t lead to a collapse in wages, but [wages] have improved over the decades.”

Marin also pointed to studies and trials suggesting that reducing working hours as such can improve productivity, thereby making it possible for employers to pay eight hours’ wage for six hours of work.

It is possible, she admitted, to cite various reasons for the objective being challenging and outright impossible: “There’ll surely be challenges to tackle, but that doesn’t mean that we should not set bold objectives.”

She estimated that experiences from the coronavirus-disrupted spring have prompted many to truly weigh up what they value and consider significant in life.

“Health, the well-being of loved ones and the meaningfulness of everyday life are things with which we’ve come face-to-face for perhaps an unusually long time. When what’s normal and what we’re used to starts to crack, we’ve had to think about our own lives from a new viewpoint.”