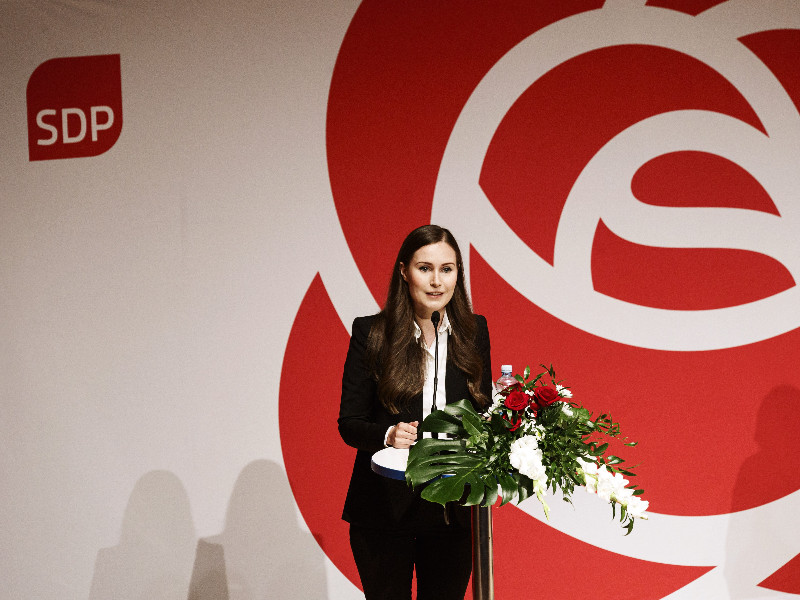 PRIME MINISTER Sanna Marin (SDP) has conceded that the government may not be able to make decisions on all necessary employment measures in its upcoming budget session as it has had to devote preparatory resources to the effort to combat the new coronavirus.

Both the Centre and Swedish People’s Party demanded last weekend that the government must not postpone its decisions on employment measures.

“I’ll naturally act according to the outlines laid down in the government programme. The budget session is where the decisions will made, but it’s possible that not all the decisions can be made. Many preparatory processes have been delayed by the coronavirus,” Marin reminded after being confirmed as the new chairperson of the Social Democrats in Tampere on Sunday.

“We’ll make the decisions as quickly as is humanely possible. The Social Democratic Party is committed to making the employment decisions,” she affirmed.

Marin on Sunday replaced Rinne at the helm of the ruling party – to the surprise of no one, as she was the only party member to throw her hat into the leadership ring. She warned that she may disappoint those who are hoping for a major shift in the Social Democratic Party.

“Because I’ve been a member of the party leadership for six years, I’ve participated in forging the agenda and direction that we together adopt at the party conference. There’s no need for big changes. I believe that if our hearts are in it and we proceed boldly, we’ll do well. This isn’t the party of any one woman or one man.”

The Social Democratic Party, she outlined, will seek a victory in the next elections: the municipal elections scheduled for April 2021.

“Social services are a natural [election] theme for the Social Democrats. I’ll be the party’s chairperson and naturally participate in all election debates and lead the party into the elections. I’m sure I’ll find the tools and way to do all this along with the prime minister’s duties,” said Marin.

She promised to further shed light on her approach keynote speech on Monday.

Helsingin Sanomat on Sunday wrote that Rinne is rumoured to be interested in assuming a ministerial portfolio, especially that of the minister of employment, which is currently held by Tuula Haatainen (SDP).