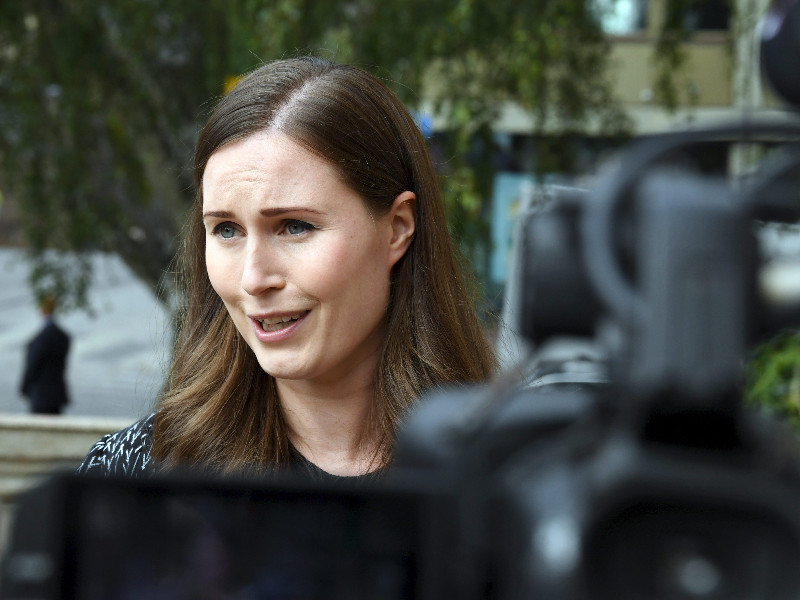 Prime Minister Sanna Marin (SDP) spoke to members of the media outside the House of the Estates in Helsinki on 12 August 2020. (Jussi Nukari – Lehtikuva)

PRIME MINISTER Sanna Marin (SDP) on Tuesday announced she will be working remotely until further notice as a precautionary measure after developing mild respiratory symptoms.

The Finnish government convened yesterday to discuss issues related to border controls – particularly in the context of the much-discussed flights between Skopje, the capital of North Macedonia, and Turku, Finland.

The talks dragged into the early hours of Wednesday, according to Helsingin Sanomat. The conclusions of the talks are to be announced today at 8am.

Minister of Transport and Communications Timo Harakka (SDP) stated that there appear to be no obstacles to discontinuing the flights as soon as in a little over a week.

“The Finnish Transport and Communications Agency (Traficom) has the authority to suspend the flights on the condition that it receives a report from social and health care authorities, as well as possibly from border authorities, indicating that it’s possible to move forward with the issue,” he stated on the steps of the House of the Estates.

Minister of the Interior Maria Ohisalo (Greens) told Helsingin Sanomat that the government intends to hold on to its ruling that it is safe to travel to EU and Schengen countries that have reported no more than eight new coronavirus cases per 100,000 inhabitants over the past 14 days.

“The situation has worsened in many countries, and we’ll be proceeding accordingly,” she said in arriving at the House of the Estates on Tuesday.