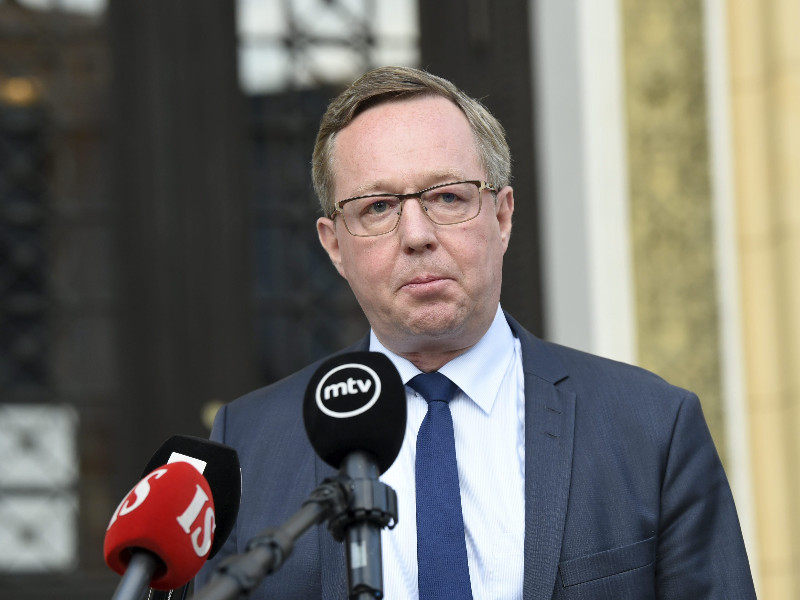 Minister of Economic Affairs Mika Lintilä (Centre) addressed the media as he was leaving the House of the Estates on Wednesday, 12 August. (Markku Ulander – Lehtikuva)

“What minister Kiuru remarked was [reflective of] her personal views and the views of her ministry,” he stated outside the House of the Estates on Wednesday.

Lintilä described the decision as “odd” and “rushed” and estimated that the government does not have the legal mandate to order anyone into mandatory quarantine.

“I think it’s very odd,” he said. “First because does the government have the legal right to make the decision? I doubt it does. Maybe minister Kiuru rushed the issue a bit and maybe the ministry itself is feeling the pressure a bit? But it’s quite an odd solution to start making mandatory quarantines.”

Lintilä viewed that the government should consider aligning its criteria for designating a country as a high-risk country with the general level in Europe. The incidence-based criteria, he added, are fairly restrictive when compared to those adopted by other countries.

Prime Minister Sanna Marin (SDP) on Wednesday confirmed the government has talked about mandatory quarantines and coronavirus tests for passengers arriving from high-risk countries but reminded that the decisions on such measures will be taken by health care authorities under the act on communicable diseases.

The decisions cannot be steered politically by the government, she added.