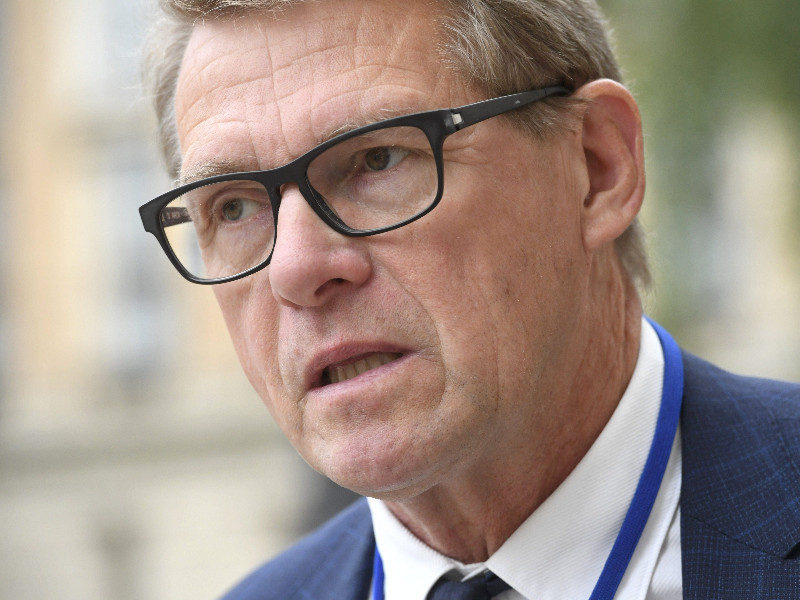 Minister of Finance Matti Vanhanen (Centre) arrived at the House of the Estates in Helsinki for the second day of the internal budget talks of the Ministry of Finance. (Heikki Saukkomaa – Lehtikuva)

THE MINISTRY OF FINANCE on Tuesday kicked off its internal two-day negotiations about the budget proposal for next year by reviewing the prevalent economic situation and economic outlook for Finland.

Minister of Finance Matti Vanhanen (Centre) reminded members of the media that the coronavirus epidemic is a focal point of also the budget talks.

“Managing the epidemic is the most important aspect of economic policy in the short term,” he declared, sending a clear message to authorities and residents who both have a key role in preventing the epidemic from gaining new momentum.

Vanhanen pointed out that because the budget deficit is expected to swell to about 20 billion euros in 2020, the government simply cannot afford to bring the economy to a complete halt for the second time in a year. It is therefore critical that the epidemic is kept under control with targeted measures.

What is clear about the budget proposal according to him is that the decisions on fiscal stimulus for this year have been made, as the implementation and financing of some of the decisions already made will inevitably drag into next year. Another factor in the equation is the 750-billion-euro stimulus package thrashed out by the European Council.

The packages alone have a combined effect equivalent to at least half-a-per-cent of the gross domestic product, according to Vanhanen.

He estimated that the budget for next year will show a deficit of five to seven billion euros.

Vanhanen also called attention to the recent assessments of credit rating agencies, saying they indicate that the government must convince the observers of its ability to carry out reforms and react to changes in the economy.