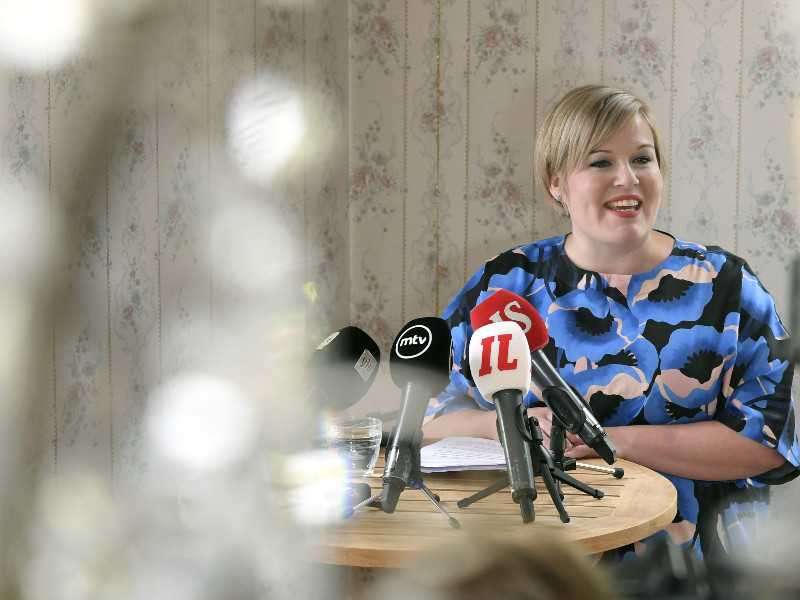 Annika Saarikko announced her bid to become the next chairperson of the Centre Party at Villa Annala in Helsinki on Thursday, 30 July 2020. (Markku Ulander – Lehtikuva)

ANNIKA SAARIKKO (Centre) has announced her bid to become the next chairperson of the Centre Party.

Saarikko on Thursday revealed at Villa Annala in Helsinki that she “really” mulled over her decision throughout the summer, thus acknowledging the significance of challenging the incumbent chairperson, Katri Kulmuni.

It has been 40 years since someone challenged the incumbent to lead the Centre Party.

“I don’t want to be a person who complains at the corner table,” explained Saarikko. “I’ve made mistakes and I’m sure there will be more. I’ve been part of wins and losses, and I now feel it’s time to let the party faithful to evaluate the growth I’ve accumulated over my 10 years of handling political duties.”

She immediately became the clear frontrunner to take over the reins of the centrist agrarian party.

Saarikko added that she would welcome other party members to the leadership race as a way to make sure it does not become too divisive. Minister of Economic Affairs Mika Lintilä (Centre) on Thursday stated to STT that he will not throw his hat into the ring, ending long-standing speculation about his interest in the position.

Antti Kurvinen, the chairperson of the Centre Parliamentary Group, is expected to announce his bid next week, according to Helsingin Sanomat. The possibility is reportedly also considered by Petri Honkonen, Minister of Defence Antti Kaikkonen and Eeva Kalli.

The Centre Party will elect its next chairperson in its party conference in Oulu, North Ostrobothnia, on 4–6 September.