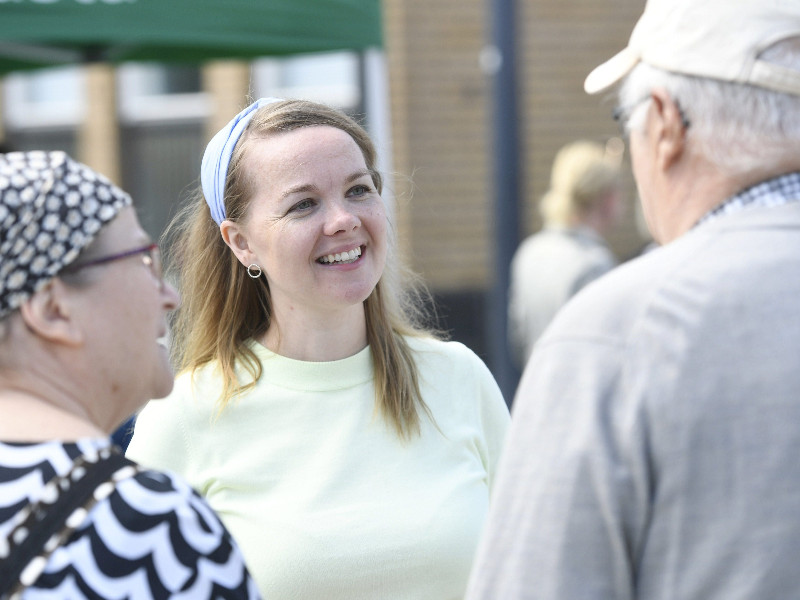 Katri Kulmuni, the chairperson of the Centre, spoke to members of the public in Vantaa, Southern Finland, on 14 July 2020. (Heikki Saukkomaa – Lehtikuva)

MEMBERS of the Centre Party have expressed their hope that several of their party comrades throw their hat into the race to take the reins of the party at its party conference in Oulu in September, reports Helsingin Sanomat.

Ex-Minister of Finance Katri Kulmuni is currently running unopposed for re-election as the chairperson of the Centre Party.

Helsingin Sanomat on Sunday wrote that Kulmuni has come under criticism from her fellow party members for failing to clarify the platform of the party. Many also viewed that her reserved nature is not ideal for handling the duties of chairperson.

Kulmuni was contrastively praised for her improved communication skills, for calling attention to regional policy making and other key items on the party’s agenda, and devoting her time to the party also during her tenure as a minister in the five-party coalition government.

She herself has voiced her confidence in her ability to turn around the approval rating of the Centre Party.

“My work as a party leader isn’t done. We’ve now been on the decline for four municipal elections in a row. Now is high time to turn around the trend. Our support has declined since 2016. So while it hasn’t increased in a year, it also hasn’t dropped in a year. Also the work to get back [up] takes time. I’ve got no doubts that the Centre couldn’t emerge as the largest from the centre,” Kulmuni told Helsingin Sanomat.

YLE reported almost two weeks ago that two-thirds of the party members would like to see someone announce their bid to replace Kulmuni.

Almost a half (47%) of the party members surveyed by the public broadcaster expressed their support for Minister of Culture and Science for Annika Saarikko (Centre). Kulmuni, meanwhile, was the preferred choice of well over a third (38%) of the 95 respondents.