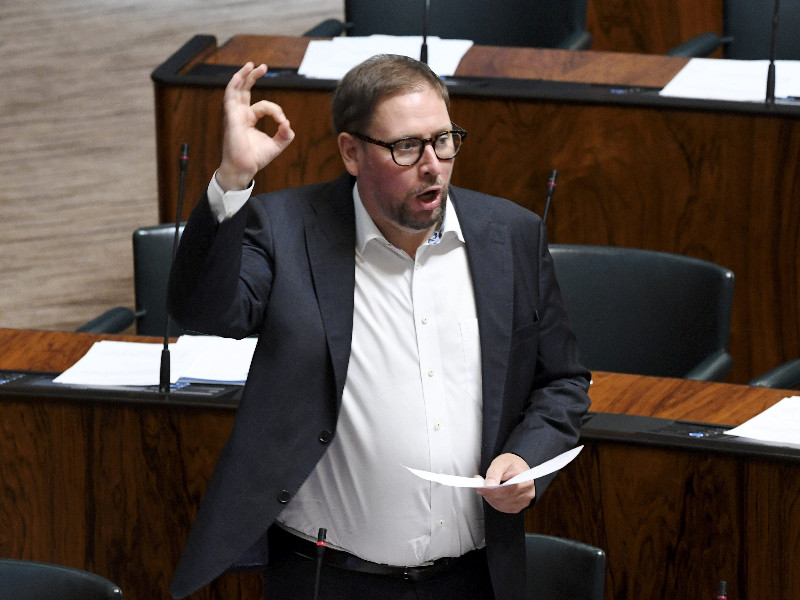 Paavo Arhinmäki, the chairperson of the Left Alliance Parliamentary Group, gesturing during a plenary session in the Finnish Parliament in Helsinki on 25 June 2020. (Heikki Saukkomaa – Lehtikuva)

PAAVO ARHINMÄKI, the chairperson of the Left Alliance Parliamentary Group, has declared his support for extending earnings-related unemployment security to everyone by making unemployment fund membership mandatory.

“I believe everyone who satisfies all the criteria should be entitled to earnings-related unemployment security, through unemployment funds,” he wrote on Twitter on Tuesday.

“I believe everyone should be a member of an unemployment fund under the law, but that everyone could choose their fund,” he added. “People could join either the fund of a trade union or a privately run fund.”

Arhinmäki compared the obligation to both the mandatory motor liability insurance and the sickness insurance policies in Germany and Switzerland.

“In Germany and Switzerland, the mandatory sickness insurance is mostly distributed between various sickness funds, the status of which is quite similar to that of unemployment funds in Finland,” he elaborated on Facebook.

“The funds of trade unions have a positive effect on the level of unionisation, and the funds have a deep understanding of the situation in their respective field.”

The scheme would cost roughly 250 million euros, according to him.

Arhinmäki stated on YLE’s A-studio on Monday that his statement reflects the position of the Left Alliance, which is thereby somewhat surprisingly distancing itself from the largest ruling party, the Social Democrats. The Social Democrats has refrained from commenting on the issue as clearly as a party.

The government pledged in its action plan to explore the option of shifting to universal earnings-related allowances, mostly at the request of the Centre and Green League. The Left Alliance and Social Democrats had contrastively been unexcited about the idea.

The notion came back to the media limelight after an interview given to Helsingin Sanomat by Elina Lepomäki (NCP).