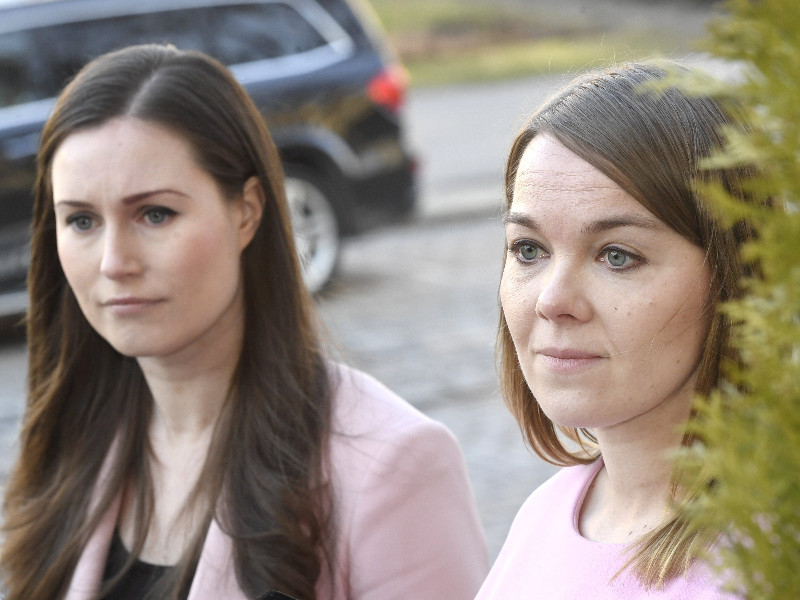 Prime Minister Sanna Marin (left) and ex-Minister of Finance Katri Kulmuni (right) do not seem to see eye-to-eye on the urgency of measures to grow the ranks of the employed. (Heikki Saukkomaa – Lehtikuva)

MEMBERS of the Finnish government are seemingly not on the same page about the deadline for measures to increase the ranks of the employed by 30,000, an objective that has taken a back seat due to the coronavirus pandemic.

Prime Minister Sanna Marin (SDP) on Thursday assured the government is committed to making the decisions but may not be able do so in its budget session next autumn.

The same message was sent to Uusi Suomi on Tuesday by Tytti Tuppurainen (SDP), the Minister of European Affairs and Ownership Steering. Her comments have provoked concerns especially among members of the National Coalition.

Marin stated yesterday that it is absolutely clear that the government continues to pursue the employment measures and that the budget session must produce “a vision” for measures that raise the number of the employed by 30,000. The government, she added, has held talks and concurred that the deadline may be pushed back due to the exceptional circumstances caused by the coronavirus pandemic.

“It’s possible that we won’t have all the processes ready for the budget session, but we must have a vision,” she phrased in a press conference as the government announced the lifting of travel restrictions for another set of countries.

Minister of Finance Matti Vanhanen (Centre) has stated that he expects the government to make the decisions no later than in the budget session. His message has been echoed by his predecessor, Katri Kulmuni, the chairperson of the Centre Party.

“We’ve waited for the employment measures for a year, and we have to make decisions in accordance with the government programme in the autumn’s budget session,” she underscored on Twitter on Thursday.

“And naturally also raise the level of ambition from 60,000 employed persons, as previously agreed,” she added.