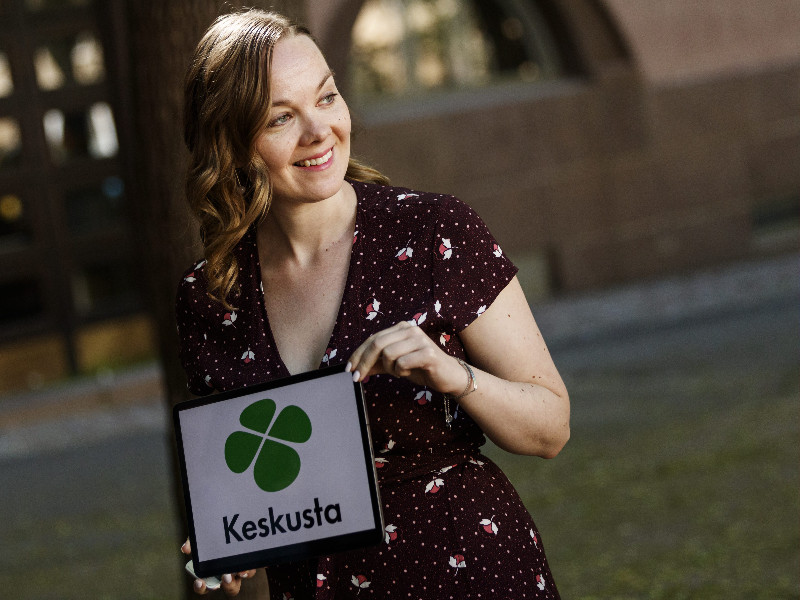 Katri Kulmuni, the chairperson of the Centre, presented the party’s new visual look to members of the media in Helsinki on 13 June 2020. (Roni Rekomaa – Lehtikuva)

KATRI KULMUNI, the chairperson of the Centre, has declared that the ruling party is opposed to the provincial division laid down in the social and health care reform proposal of Krista Kiuru (SDP), the Minister of Social Affairs and Health.

Kulmuni confirmed the party’s firm position on the issue on Facebook on Wednesday, echoing the statements of Jari Leppä (Centre), the Minister of Agriculture and Forestry.

“The government submitted its proposal for the social and health care reform for comments a couple of weeks ago. The proposal that was submitted for comments isn’t unfortunately ready,” she wrote, stressing that it is high time to push the long-awaited reform over the finish line.

“One of the contested issues is the social and health care district of Southern Savonia. The Centre Parliamentary Group’s position is clear: the […] reform must be carried out based on existing regional borders with the sole exception of Uusimaa. It isn’t worthwhile to re-draw the borders because of this reform, and the Centre won’t approve of splitting up Southern Savonia.”

The newly unveiled proposal laid out two options for members of the joint municipal authority for health care in Eastern Savonia: Enonkoski, Rantasalmi, Savonlinna and Sulkava, it states, could become part of either Northern Savonia or Southern Savonia.

Suomenmaa wrote that the municipalities have stated a preference for Kuopio and Northern Savonia over Southern Savonia.

Leppä said the Centre would not hesitate to abandon the ruling five-party coalition if the region is split up. “If the Southern Savonia region is broken up, the Centre will break up the government,” he declared.

The Finnish government has stated that one objective of the long-discussed reform is to establish a single and cohesive provincial division that not only defines the responsibility areas of social and health care districts, but also serves as the operating areas of joint regional authorities and the basis for regional administrations.

The legislation would be similar to that on local governments in that it would grant the provinces the possibility to organise their administrative work based on the local needs.

Citizens, organisations and other stakeholders can comment on the reform proposal until 25 September.