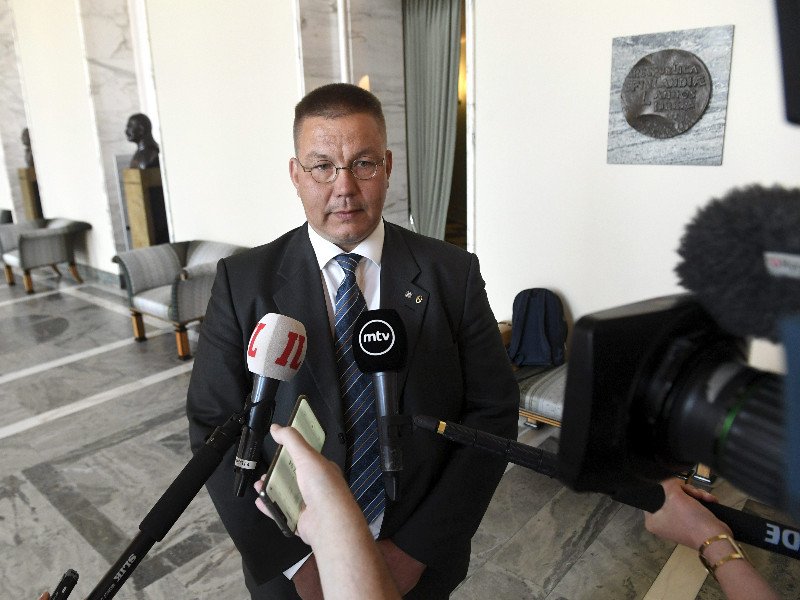 The Finns Party’s Juha Mäenpää spoke to reporters ahead of the last parliamentary session before the summer recess in Helsinki on Friday, 26 June 2020. (Vesa Moilanen – Lehtikuva)

Members of the Parliament on Friday voted 121 for and 54 against granting the request to remove the parliamentary immunity of Mäenpää, falling well short of the necessary five-sixth majority.

Toiviainen had asked for a permission to prosecute due to a statement made by Mäenpää in the Parliament House in June 2019. Mäenpää was under scrutiny for using the term ‘invasive alien species’ in reference to asylum seekers and their religious convictions in the Parliament House, a statement that was last week shrugged off as a “humorous device” by Jussi Halla-aho, the chairperson of the Finns Party.

The Parliament’s Constitutional Law Committee recommended in its statement, which was the basis of the vote, that the permission be granted.

Had its recommendation been heeded, Mäenpää would have become the first legislator in history to be indicted over a statement made in the session hall, after failed attempts to do so in 1932, 1947 and 1979.