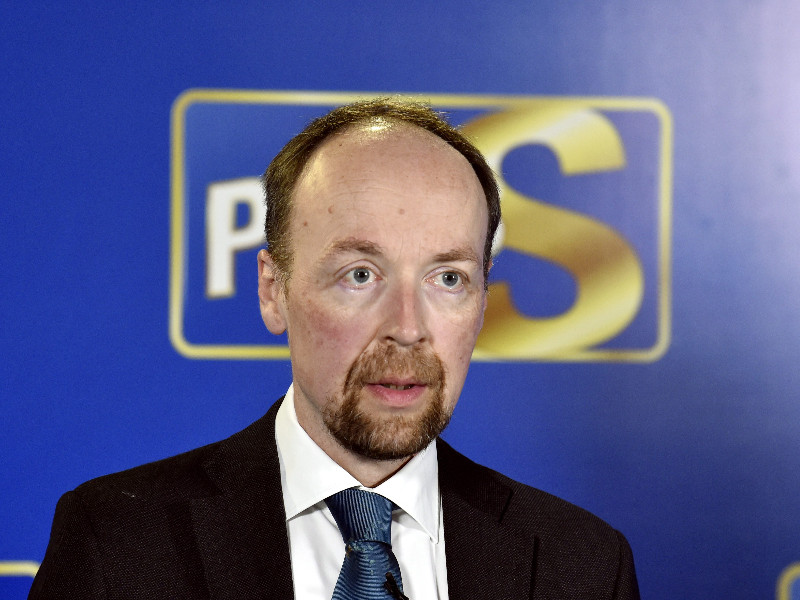 Is this really the most horrible thing that has ever been uttered in the Finnish Parliament, asks Jussi Halla-aho, the chairperson of the Finns Party. (Jussi Nukari – Lehtikuva)

MEMBERS of the Finnish Parliament will on Friday cast their ballots in a historic vote on whether or not to remove parliamentary immunity from Juha Mäenpää (PS), a first-term Member of the Parliament from Vaasa.

Prosecutor General Raija Toiviainen has requested a permit to charge the lawmaker with ethnic agitation for drawing comparison between asylum seekers and invasive alien species.

The Finns Party has announced it intends to thwart the indictment. Its parliamentary group alone is large enough, at 38 lawmakers, to deny the request, as a five-sixth majority is required to remove parliamentary immunity.

The National Coalition has instructed its members to use their own discretion on the matter. Some members of the opposition party already voted against recommending that the request be granted when the issue was considered by the Parliament’s Constitutional Law Committee on 17 June.

Jussi Halla-aho, the chairperson of the Finns Party, offered his thoughts on the matter in a column for MTV on Wednesday, 24 June. The Finnish Parliament, he reminded, has never lifted the immunity of a lawmaker for a statement made in the session hall in the over 100-year history of independent Finland.

“Granting the unprecedented permit to prosecute would mean that representative Mäenpää’s statement was unprecedentedly horrendous – the worst that has been uttered in this building in a hundred years. Everyone can consider whether that is really the case,” he said.

Halla-aho viewed that drawing comparison between unwanted immigration and invasive alien species was a “humorous device” to tell what the government should focus its energy on.

“Whether someone laughed is irrelevant,” he said.

“Silencing criticism violently is a tilted surface. This would be the first time that the Parliament grants a permit to indict a representative for a statement, but it would surely not be the last time. This would become a common course of action, and the justifications of prosecution requests would one by one become more and more absurd,” he wrote.