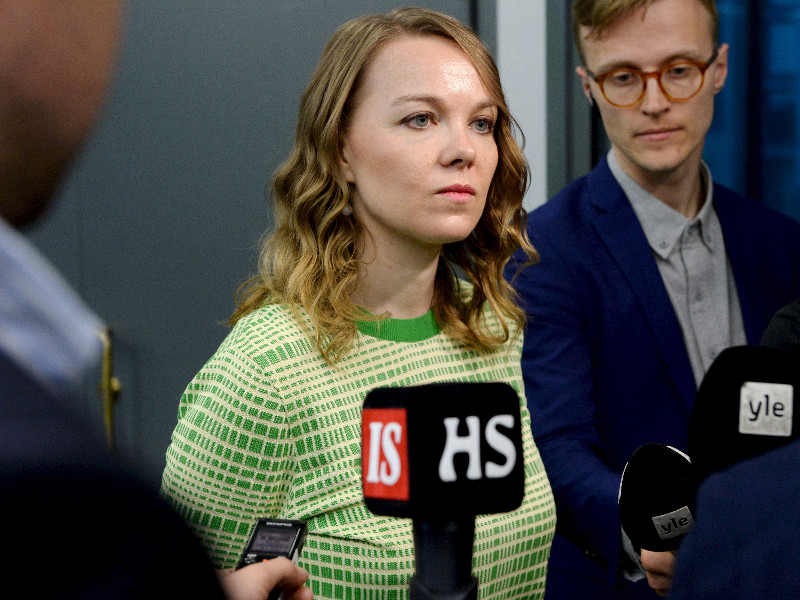 Katri Kulmuni’s (Centre) vision for her role after relinquishing the portfolio of the minister of finance has stirred up questions among legal experts. (Mikko Stig – Lehtikuva)

OUTGOING Minister of Finance Katri Kulmuni (Centre) may not be able to continue as a member of the so-called ruling quintet and chairperson of the ministerial group of the Centre, writes Helsingin Sanomat.

Her plan has been called into question by both legal experts and members of the Social Democrats.

Kulmuni on Friday said she will step down as minister of finance over a controversy sparked by her use of speech and public speaking training services paid for by the Ministry of Employment and the Economy and Ministry of Finance. The Centre Party on Monday said its governing bodies have unanimously decided to hand over the ministerial portfolio to Speaker of the Parliament Matti Vanhanen.

Kulmuni said Vanhanen would contribute to the work of the quintet and lead the work of the ministerial group only on financial matters, while she would remain in charge of negotiations on other matters. The Centre’s government policy would nonetheless be drafted by its group of ministers, she clarified later on YLE’s A-studio.

“I can’t participate in the preparatory work as a non-member of the government,” she explained to the public broadcaster.

Vanhanen, in turn, said he intends to focus fully on the ministerial duties and will not look to become a member of the quintet or take on the duties of deputy prime minister.

Consisting of Prime Minister Sanna Marin (SDP) and the heads of the ruling parties’ ministerial groups, the quintet has developed into a body for preparing for issues, especially difficult ones, ahead of government sessions.

The quintet has also made political decisions in order to expedite decision-making, including at the onset of the coronavirus crisis. Its members are therefore acting in the capacity of government members and bound by ministerial responsibility.

Pauli Rautiainen, a professor of public law at the University of Tampere, called attention to the ambiguity associated with the role and legal status of the body.

“The quintet isn’t a legally recognised or regulated body, unlike the government’s ministerial committee for example,” he highlighted in an interview with Helsingin Sanomat. “Yet it’s clear that the quintet has been used to at least lay the groundwork for government decisions, meaning its activities constitute government activities as far as the constitutional system is concerned.”

Neither Kulmuni nor the Centre appears to have given enough thought to such questions, added Rautiainen.

“Kulmuni’s decision is based on an incomplete assessment of the constitutional system. It has circumvented the fact that membership in the government and status within a party are completely different things legally.”

He also reminded that the government has to enjoy the confidence of Members of the Parliament: “From this perspective, it’s problematic if people whose actions can’t be subjected to an interpellation, for example, are participating in the quintet’s activities.”

Rautiainen identified two solutions to the problem: Kulmuni should either refrain from participating in the activities of the quintet or the quintet should be redefined as an instrument that co-ordinates collaboration between the ruling parties.