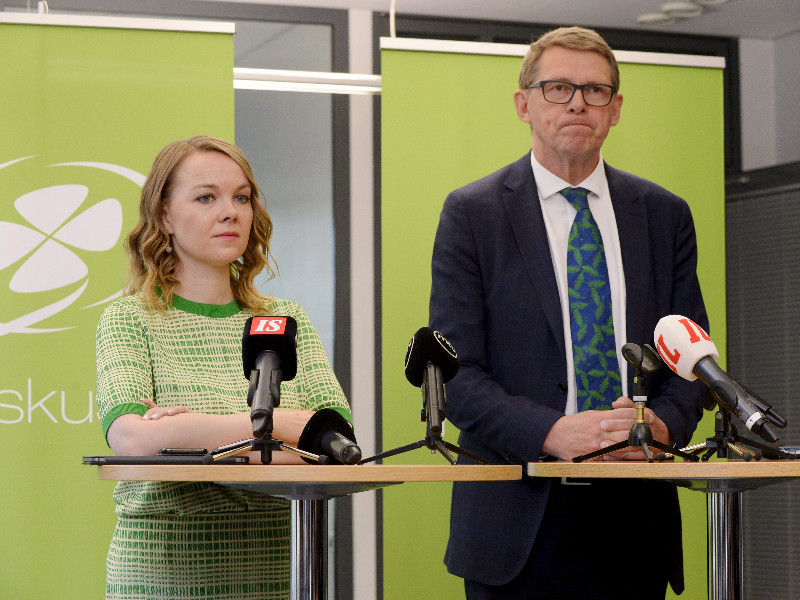 Katri Kulmuni, the chairperson of the Centre Party, will hand over the portfolio of the minister of finance to Matti Vanhanen, the Speaker of the Parliament. (Mikko Stig – Lehtikuva)

FORMER PRIME MINISTER and Speaker of the Parliament Matti Vanhanen (Centre) has been nominated the successor of Minister of Finance Katri Kulmuni.

Vanhanen revealed yesterday morning that he accepted the position on the condition that he will neither perform the duties of deputy prime minister nor participate in the activities of the so-called ruling quintet consisting of the prime minister and chairpersons of the five ruling parties' ministerial groups.

His comments left the impression that he is not exactly thrilled to take on the heavy ministerial portfolio, an impression that was corroborated by reports that he had to be persuaded to accept the position over the weekend.

“I’m motivated by a sense of duty,” he retorted to members of the media, adding that he will take on the duties in “these sort of spirits” and with “a relatively heavy heart”.

The Finnish government, he underlined, must bear in mind the long-lasting ramifications of the 1990s recession, the export-dependent nature of the Finnish economy and the need for a social and health care reform that enables the public economy to shoulder the costs inflicted by the coronavirus crisis.

“We have to clearly appreciate that a country like Finland needs a strong state and a functioning society,” he said. “We need more and more solvent companies. We must pay attention to self-sufficiency, which is not only national but also European.”

Vanhanen also acknowledged the importance of instilling confidence in the future especially in young people.

“This is an open country that provides opportunities to people who are ready to take action and want to try,” he envisioned. “The society must encourage people who are diligent, clean up their yards and look after their children.”

Kulmuni announced she will step down as minister of finance last week after a few-day public outrage over her use of speech and public speaking training services that had been paid for by the Ministry of Employment and the Economy and the Ministry of Finance.

She said she intends to continue at the helm of the party and seek re-election in the party conference scheduled for next autumn.