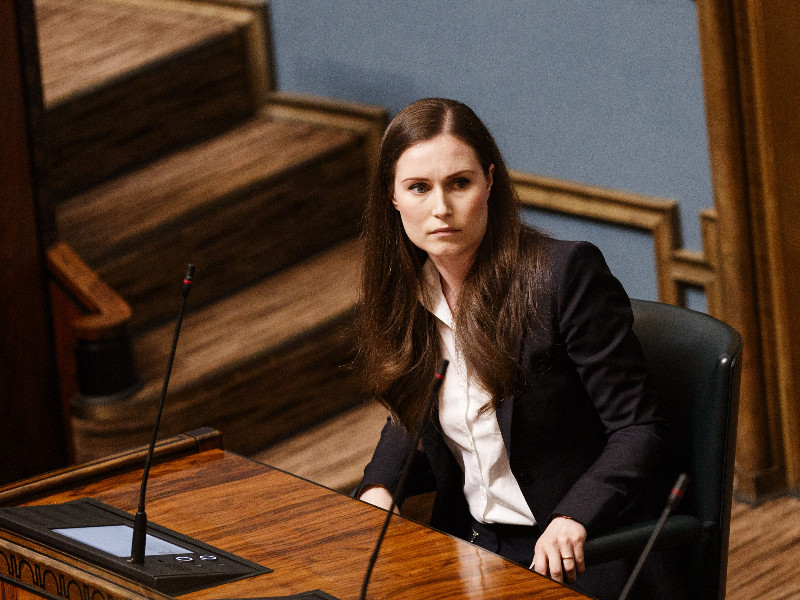 Prime Minister Sanna Marin’s (SDP) Social Democratic Party is thus far the only party to benefit from public satisfaction with the Finnish government’s response to the coronavirus pandemic, shows a poll by YLE. (Roni Rekomaa – Lehtikuva)

THE POPULARITY of the Social Democrats has continued to increase in coronavirus-era Finland, tells the latest opinion poll commissioned by YLE.

The public broadcasting company reported last week that popular support for the ruling party risen by more than a percentage point to 23.2 per cent, a level that extends its lead over other political parties to over five points.

The sustained increase is directly attributable to the exceptional circumstance caused by the coronavirus pandemic, according to YLE. Most Finns, it wrote, are satisfied with how the government has responded to the social and economic crisis.

Most of the benefits are presently reaped by Prime Minister Sanna Marin and the Social Democrats, according to Tuomo Turja, the managing director of Taloustutkimus.

He pointed out that the surge in support and the circumstances in which it took place are both exceptional. “The increase is starting to look unprecedented. It remains to be seen how long it’ll continue. In the current political situation, the ceiling for any political party is around 24–25 per cent. I doubt the SDP’s popularity will increase much beyond that,” he said to YLE on Thursday.

The Finns Party and National Coalition swapped places for the second consecutive month as the second and third most popular parties, with the former rising by 0.2 points to 18.1 per cent and the latter falling by 0.7 points to 17.5 per cent.

Support for the Finns Party, Turja said, jumped immediately after the emergence of reports about the return Finnish women and children to Finland from al-Hawl, a detention camp for the women and children of the so-called Islamic State in Syria.

Public satisfaction with the effort to control the coronavirus epidemic has yet to be reflected in the popularities of the four other ruling parties.

The Centre Party nosedived by 1.5 points to 10.7 per cent after enjoying what was surely a welcome few-month period of stability, losing its status as the second most popular ruling party to the Green League. Support for the Green League has increased by 0.5 points to 11.9 per cent since the previous poll.

“The Centre losing support to the largest opposition parties is a longer-term trend,” reminded Turja.

The Left Alliance and Swedish People’s Party recorded only minor changes in their approval ratings, the former gaining 0.1 points to rise to 7.8 per cent and the latter losing 0.2 points to fall to 3.9 per cent.

The Christian Democratic Party saw its popularity melt by 0.2 points to 3.5 per cent. Movement Now, in turn, registered a jump of 0.8 points to 2.3 per cent, meaning it has roughly doubled its popularity in a relatively short period of time.

Taloustutkimus interviewed 2,447 people for the survey between 11 May and 2 June.