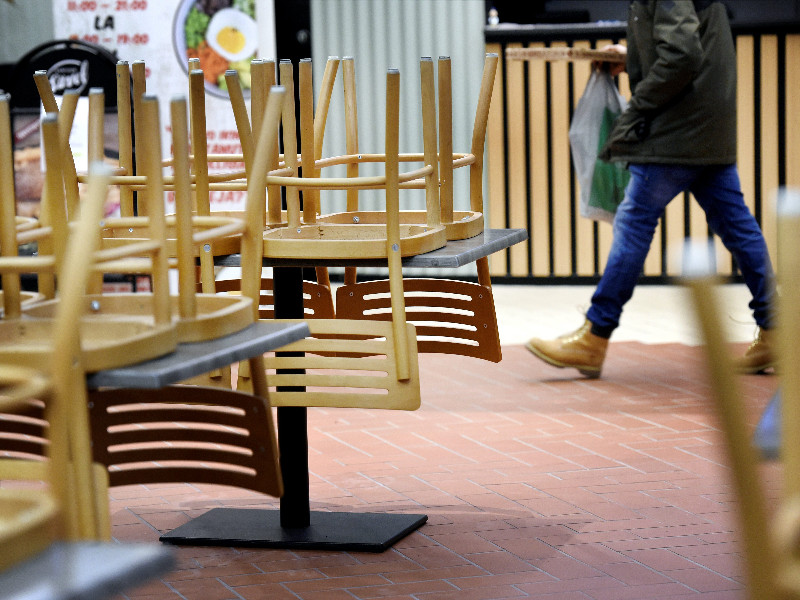 A person walking past a closed restaurant in the Kaari shopping centre in Helsinki on 25 March 2020. (Emmi Korhonen – Lehtikuva)

THE CENTRE PARTY on Thursday surprised many by removing the newly announced support package for the restaurant industry from the government's ordinary session on Thursday.

Minister of Economic Affairs Mika Lintilä (Centre) explained yesterday evening that he hopes legislators will re-examine both the reference period used to determine the amount of funding granted to restaurants and the coordination of the funding with other business subsidies.

Tuula Haatainen (SDP), the Minister of Employment, on Wednesday announced restaurants will be entitled to up to 500,000 euros in compensation for losses arising from the measures adopted to slow down the spread of the new coronavirus. The amount of funding was to be determined based on how much lower their net sales were from the average between January and February in April.

Lintilä said Members of the Parliament will first have to weigh up if the two-month reference period is appropriate and if there are other options for calculating the funding. “Everyone is aware that we have loads of restaurants that are reliant on seasons,” he highlighted but declined to comment on what could be a better reference period.

The second unanswered question, he added, is how to coordinate the funding with subsidies received possibly from Business Finland or ELY Centres.

“There are unanswered questions. The Parliament should probably review them in conjunction with the expert hearings,” said Lintilä. “If a company has been granted subsidies by Business Finland or ELY Centre, what share will be deducted from this funding and what are the grounds.”