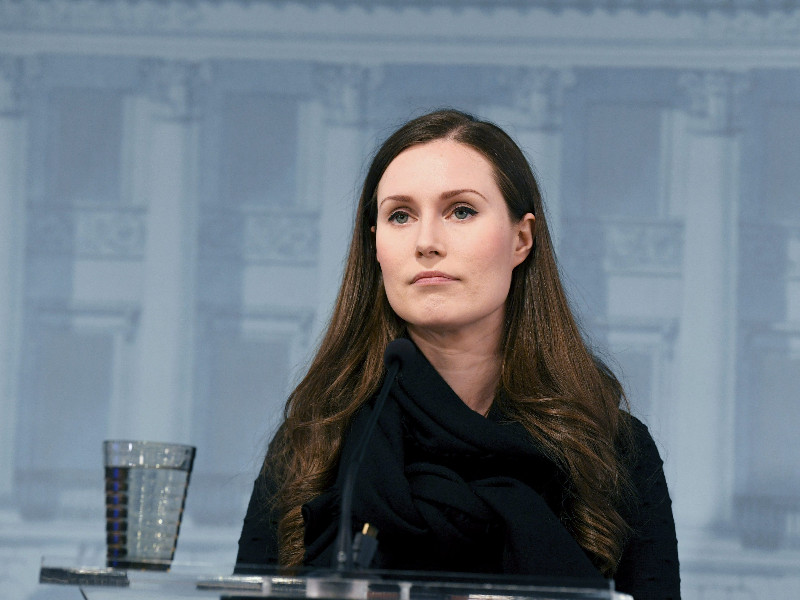 Prime Minister Sanna Marin’s Social Democrats would receive almost a quarter of the vote if the parliamentary elections were held today, finds a poll commissioned by Alma Media and Iltalehti. (Jussi Nukari – Lehtikuva)

AN OPINION POLL by Alma Media and Iltalehti shows that the Social Democratic Party has consolidated its status as the most popular political party in coronavirus-era Finland.

Support for the Social Democrats, the poll found, surged by three percentage points to 24.1 per cent between March and April. The Finns Party, by contrast, saw its approval rating drop from 20.1 to 18.8 per cent, after dominating virtually all opinion polls before the pandemic.

Antton Rönnholm, the party secretary of the Social Democrats, voiced his satisfaction with the poll results but reminded that approval ratings may change quickly especially in the current circumstances.

“You have to be pleased and happy, especially given that it’s May Day. That’s a very nice figure, it was a long time coming,” he said.

“Time has shown that approval ratings must be earned every month and every year.”

The National Coalition Party held on to its status as the third most well-supported party in the country despite seeing its popularity drop from 16.8 to 16.2 per cent.

The Centre Party registered an up-tick of one point to 12.9 per cent and the Green League an equivalent drop to 9.7 per cent. The latter ruling party has thereby seen its popularity plunge by almost three points since the first poll of the year, which was conducted at the turn of January and February.

Both the Left Alliance and Swedish People’s Party saw their approval ratings drop by roughly half-a-point to 7.3 and 4.0 per cent, respectively. The Christian Democratic Party recorded an increase of 0.3 points to 3.2 per cent.

Many party secretaries and chairpersons cited the coronavirus pandemic as one of the main reasons for the resurgence of the Social Democrats.

“The poll numbers are indicative of the same phenomenon that has been seen in many other countries: support for the prime minister’s party is rising. Because the approval ratings of parties are a zero-sum game, one party rising means another is dropping,” reminded Jussi Halla-aho, the chairperson of the Finns Party.

“You can identify three reasons for the phenomenon,” he added. “First, media attention focuses on the government and prime minister. Second, topics other than the new coronavirus have taken a back seat. Third, citizens look to decision makers for security and unite behind them in times of acute crises.”

His assessment was echoed by Riikka Pirkkalainen, the party secretary of the Centre.

“The poll mirrors international developments. During the coronavirus crisis, the main ruling parties in different countries have become more popular and populist parties have lost support as people expect the ability to take responsibility,” she said.

Kristiina Kokko, the party secretary of the National Coalition, described the poll as a state-of-emergency poll, reminding that opposition parties have limited opportunities to gain visibility for their views in such circumstances.

“In times of crisis, we strive to support the government when that’s in the nation’s best interest and, on the other hand, push the government to perform better for the people,” she summarised.

Kokko also estimated that the state of emergency has shifted the debate off the tracks of populism and identity politics, which explains the drops in the approval ratings of the Finns Party and Green League.

A total of 1,500 people were interviewed for the poll between 14 and 29 April by Tietoykkönen. Over four in five (83%) of the respondents were able and willing to disclose which political party or group they would vote for if the parliamentary elections were held today.