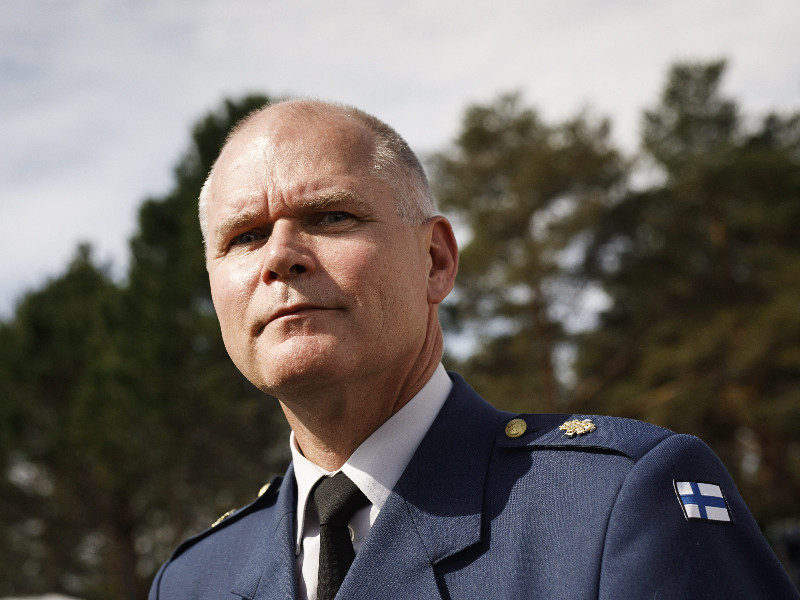 General Jarmo Lindberg completed his five year-tenure as the Commander of the Finnish Defence Forces in August 2019. (Roni Rekomaa – Lehtikuva)

Lauri Puranen, the programme manager in charge of the acquisition at the Ministry of Defence, told STT on Thursday that the American supplier candidate informed the ministry about the role of Lindberg on Wednesday.

Lindberg is advising the global defence company through his one-man consultancy Suomalainen kenraalikonsultointi, which was registered in January 2020.

He declined to comment on his role with the company to STT: “I wasn’t planning on commenting it in any way. I reckon it’s appropriate that the comments come from the official stakeholders, meaning the Ministry of Defence and Lockheed Martin.”

Lindberg completed his five-year tenure at the helm of the Finnish Defence Forces in August 2019. He agreed to a cooling-off period of six months during which he is unable to engage in any business activity related to his former role.

Lockheed Martin is one of five fighter jet manufacturers contending for the up to 10-billion-euro contract to replace the ageing fighter jet fleet of the Finnish Air Force.

Juhani Kaskeala, the Commander of the Finnish Defence Forces in 2001–2009, is advising Boeing and Karl Gustav Storgårds Saab. Jan-Erik Enestam, a former Minister of Defence, is a senior advisor at Cocomms, a communications agency used by BAE Systems.

“[Ex-military officers] understand our defence system and support the manufacturers in drafting their tender offers. In that sense they’re also helping us to get responses that satisfy us. Our goal is to get the possible performance for our defence system from all firms,” he explained to the newspaper.

“We always have a secrecy obligation. They can’t disclose any classified information to competitors because they’d be committing a crime. Nor is such information needed to respond to our invitation to tender.”

Lindberg was not available to comment on the matter, according to Helsingin Sanomat. The newspaper did, however, receive a statement from Lockheed Martin via Hill+Knowlton Strategies, a public relations consultancy based in New York City.

Elina Melgin, the chief executive of the Finnish Association of Communications Professionals (Procom), and Anders Blom, a professor of practice at the University of Turku, both estimated that management advisory services effectively translate to lobbying.

They both declined to comment specifically on the case of Lindberg, but viewed that it could be warranted to at least consider extending the cooling-off period from six months. “Six months is a relatively short period,” said Melgin. “We’ve only seen these sorts of cases in the past year. We’re still learning the rules.”

Helsingin Sanomat pointed out in its report that the coronavirus pandemic is also having an impact on the fighter jet acquisition, as the negotiations can only be had face to face due to the sensitive nature of issues discussed.