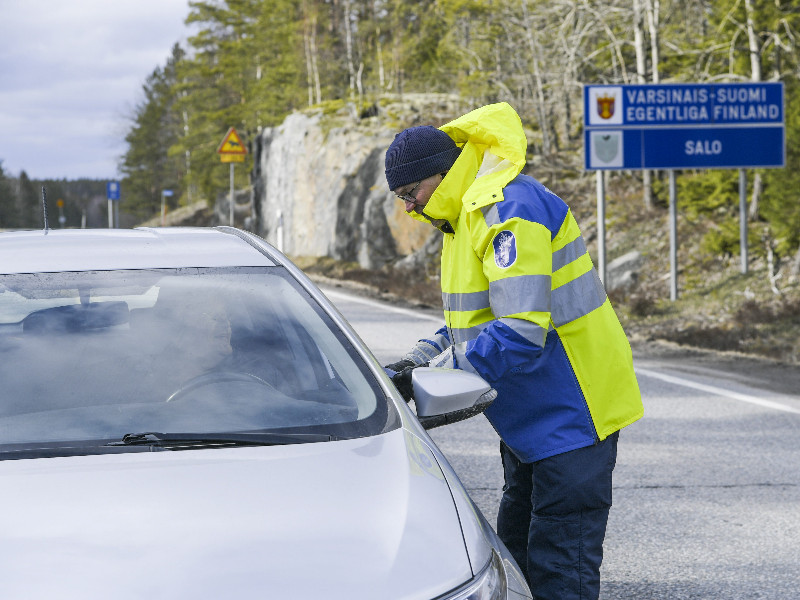 A police officer inspected the documents of a motorist on the border between South-west Finland and Uusimaa in Raasepori on 3 April 2020. (Markku Ulander – Lehtikuva)

THE GOVERNMENT of Prime Minister Sanna Marin (SDP) is set to decide this week whether it will extend the lockdown of Uusimaa, the most populous region in Finland, beyond Sunday, 19 April.

Pauli Rautiainen, an associate professor of public law at the University of Tampere, on Monday said the government should have to presented a decree for extending its emergency powers for parliamentary consideration two weeks prior to the end of the fixed authorisation period.

The deadline for extending the lockdown was therefore on 5 April, he wrote in Perustuslakiblogi, a blog dealing with constitutional law issues.

Kirsi Varhila, the permanent secretary at the Ministry of Social Affairs and Health, on Sunday told YLE and Helsingin Sanomat that the government is expected to publish an official memo of the epidemic on Tuesday.

“It will have to make haste with the issue then,” said Rautiainen.

Members of the Finnish Parliament, he explained, will discuss the decree as a regular decree, meaning it will not come into effect until it has been approved by the Parliament.

“When you have to practically reserve at least two full days for the parliamentary consideration of such an issue, it is clear that the government will likely have to decide on submitting the extension decree before the regular session on Thursday,” he analysed.

Rautiainen also estimated that it would have been congruous for the government to cite the same grounds for enforcing the lockdown earlier for imposing stricter restrictions on travel across the border between Finland and Sweden.

“It the government’s response reflective or regional and/or party politics rather than knowledge-based decision-making?” he asked.

The fourth week of the state of emergency, he viewed, also showed that it has become increasingly important to protect the population groups most vulnerable to the new coronavirus in Uusimaa.

“The slowdown in the growth of the epidemic currently stems from other parts of Finland than Uusimaa,” he said, pointing to statistics published daily by experts at the Finnish Institute for Health and Welfare (THL).

Martin Scheinin, a professor of international law and human rights at the European University Institute in Florence, Italy, reminded that freedom of movement is a fundamental right that can be limited only on weighty grounds.

“If the lockdown is extended, it is likely it will be done on other grounds than the segregation’s initial objective of slowing down [and creating] a two-peak pattern [for the epidemic],” he said.