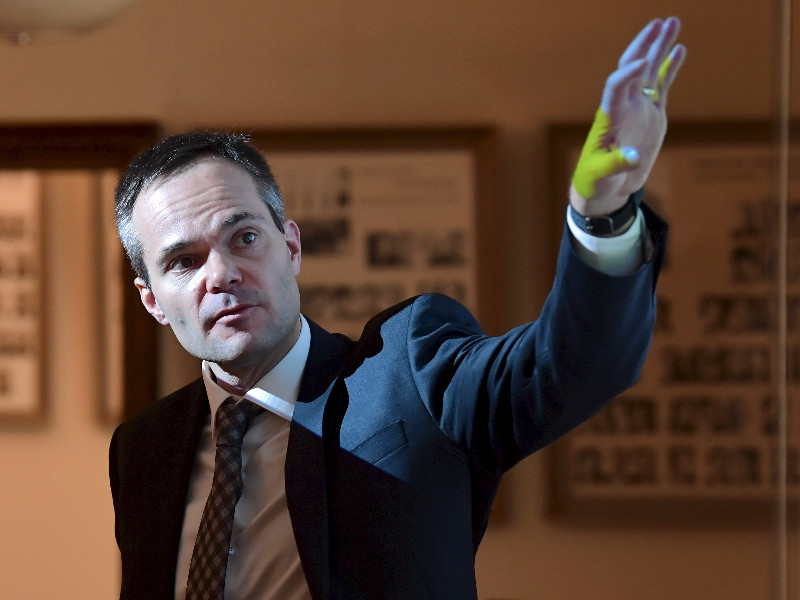 Kai Mykkänen, the chairperson of the National Coalition Parliamentary Group, cast light on the opposition party’s asylum policy plan in a press conference in Helsinki on 6 March 2020. (Jussi Nukari – Lehtikuva)

THE NATIONAL COALITION will not support a security policy-related interpellation to be tabled by the Finns Party.

Kai Mykkänen, the chairperson of the National Coalition Parliamentary Group, on Wednesday stated that while the group does not approve of the approach taken by the government to the dispute between Greece and Turkey, it also does not see eye-to-eye on issues such as internationality and the EU with the Finns Party.

“We will present our own motion of no-confidence during the discussion of the possible interpellation,” he revealed.

“Preparing for disruption attempts in extraordinary circumstances is a question of national importance. We hope that the parliamentary launch a collaborative project similar to that on intelligence laws to tackle the question of preparedness. We hope the prime minister stands by her words that the issue will be pushed forward through bipartisan co-operation.”

The Finns Party has invited all opposition parties to unite behind its interpellation demanding answers from the government about the course of action in the event that a migrant crisis erupted on the borders of Finland.

It has also demanded that the government specify how it intends to support Greece.

Movement Now is currently the only opposition party to express its support for the Finns Party.

The National Coalition Group supports Greece’s decision to stop accepting asylum applications at its border with Turkey. Finland, it believes, should amend its legislation so that it is able to limit the number of asylum applications in circumstances that are deemed to pose a threat to national security.

“Finland must also be provided with the capability to re-locate the processing of asylum applications closer to border zones,” stressed Mykkänen.

The opposition group also accused the government of sending mixed signals in terms of its position on the dispute between Greece and Turkey.

Prime Minister Sanna Marin (SDP) and Minister of Finance Katri Kulmuni (Centre) have declared that the government supports Greece together with the EU. Minister of the Interior Maria Ohisalo (Greens), on the other hand, has expressed her disapproval with the decision to stop accepting asylum claims.

“The government’s unity on issues such as this is a prerequisite for the credibility of foreign and security policy,” reminded Mykkänen.