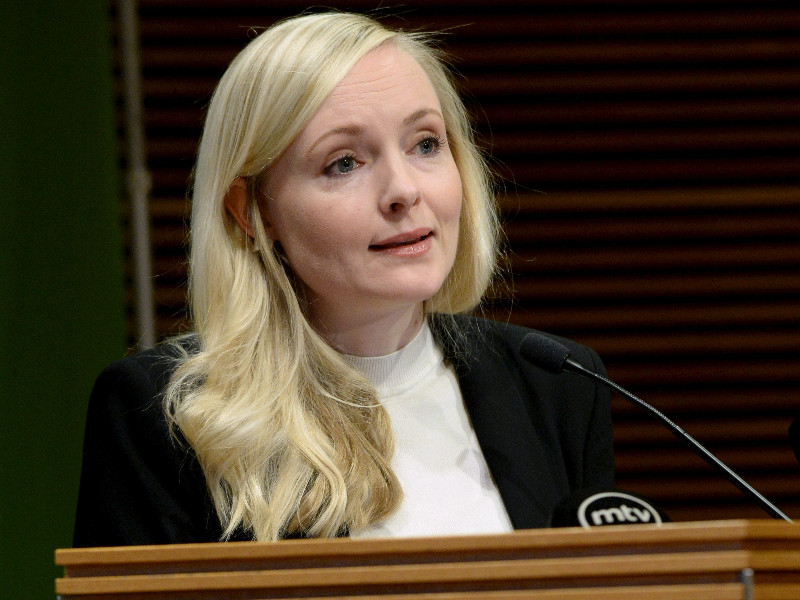 Maria Ohisalo, the Minister of the Interior, spoke to her fellow members of the Green League in Helsinki on Saturday, 22 February 2020. (Mikko Stig – Lehtikuva)

MINISTER OF THE INTERIOR Maria Ohisalo (Greens) has voiced her frustration with the climate policy of the Finnish government.

Ohisalo on Saturday stated to her fellow party members that decision makers should concentrate less on the gross domestic product and more on the effects of their decisions on the environment, climate, equality and public well-being.

“Climate actions are not damaging for the economy. What’s more damaging is lack of action,” she reminded in Helsinki.

Helsingin Sanomat on Friday revealed that some members of the ruling party have even floated the possibility of leaving the ruling coalition if it continues to drag its feet on climate actions. The Green League has also branded the objectives adopted in the government’s recent climate seminar as far too modest, particularly in regards to carbon sequestration in the land use, land-use change and forest sectors.

“It’s necessary to talk about our most important goal, the reason why we’re in the government in the first place. The government must include parties that place top priority on climate change prevention,” underlined Ohisalo.

“Moving forward feels painfully slow at times,” she lamented. “I’m proud that none of us have hung up their gloves.”

Ohisalo reminded that the climate emergency could inflict additional costs of up to one billion euros also on Finland.

“That billion won’t be divided equally. If nothing is done, farmers will suffer from the effects of extreme weather phenomena on harvests [and] forest owners will have to shoulder the damage caused by storms. The price of the lives we’ll lose due to heatwaves can’t even be measured in money.”

“The effects of climate change will hit people in the most vulnerable positions the hardest, people who can’t afford or aren’t able to prepare for them financially. This is an issue we must be able to solve in the 2020s,” she stated.

Ohisalo in her speech also floated the idea of lowering the voting age to 16 and inviting young people to contribute to climate-policy making.

“They’ll be the first generation who’ll have to live their whole lives under the shadow of the climate crisis,” she explained.