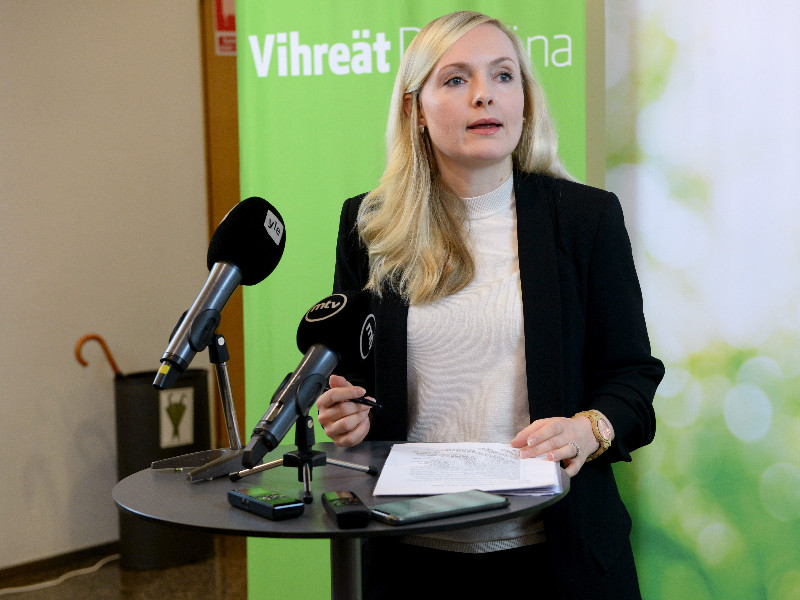 Maria Ohisalo (Greens), the Minister of the Interior, has voiced her satisfaction that the government has found an agreement to bring in up to 175 refugees from camps in Greece, Cyprus, Italy and Malta. (Mikko Stig – Lehtikuva)

THE FINNISH GOVERNMENT has decided to re-settle up to 175 people from refugee camps in Greece, Cyprus, Italy and Malta.

The Ministry of the Interior on Friday said the decision made by the ruling parliamentary groups enables the government to contribute to alleviating the humanitarian situation of asylum seekers in the member states surrounding the Mediterranean Sea.

The group of asylum seekers is to primarily consist of children, single-parent families and other people in the most vulnerable position who will likely qualify for international protection and are originally from countries with a precarious security situation, such as Afghanistan and Syria. The re-settlements will be confirmed by a government decision in accordance with the aliens act.

The preparatory work falls under the purview of the Ministry of the Interior, Police of Finland and Finnish Immigration Service (Migri).

Maria Ohisalo (Greens), the Minister of the Interior, on Friday expressed her delight that the five ruling parties were able to reach an understanding on the issue and, therefore, help children in extremely difficult situations.

“It is important that Finland, as a country on the external border of the EU, contributes to finding both a solution to the acute situation and a sustainable solution to the European asylum system,” she said.

“As soon as possible,” she later replied to a question about the timerable for the re-settlements according to Helsingin Sanomat. “It’s probably not worthwhile to set up a live broadcast outside the airport’s doors, but the children will be picked up step by step.”

She reminded that the growing pressure from migration may seriously test the reception capacity of member states surrounding the Mediterranean, causing additional pain and suffering to asylum seekers – especially underage ones – in the refugee camps.

The Ministry of the Interior pointed out that welcoming some of the asylum seekers is a concrete opportunity for the government to not only help people of concern but also to respond to the pleas of the UN High Commissioner for Refugees (UNHCR).

“EU member states in the Mediterranean region also have a key role in controlling migration flows to Europe,” it reminded in a press release.

Save the Children has estimated that underage people make up a third of the 41,000 refugees and asylum seekers living in camps in Greece. Their situation is extremely dire: the Moria camp on Lesbos, for example, is currently housing more than 18,000 people despite being initially designed for no more than 2,200.

The Ministry of the Interior also stated that the costs arising from re-settling refugees in the most vulnerable position can be covered under the Asylum, Migration and Integration Fund of the EU.

Around 2,500 asylum seekers arrived in Finland in 2019, signalling a drop from the levels preceding the migrant crisis that erupted in 2015.