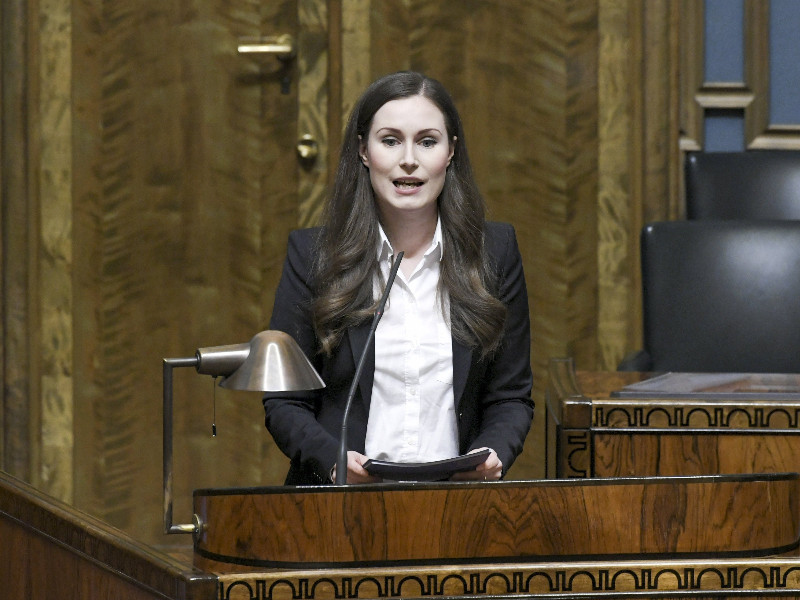 Prime Minister Sanna Marin (SDP) on the rostrum in the session hall of the Finnish Parliament on Tuesday, 11 February 2020. (Markku Ulander – Lehtikuva)

PRIME MINISTER Sanna Marin (SDP) has assured that the government remains committed to taking action to meet its employment rate target of 75 per cent.

“Reaching the employment target is important for meeting the goal of balancing public finances in accordance with the government programme. The government won’t rule out any measures that improve employment from consideration,” she promised during the opening debate of the new parliamentary session in the Parliament House in Helsinki on Tuesday.

The Finnish government has promised to unveil measures that beef up the ranks of the employed by 30,000 by its next budget session.

Marin on Tuesday said the preparatory work has proceeded according to plan and revealed the government is set to present a total of 212 proposals and 12 reports by the end of the parliamentary session. Underlying the effort is a desire to better the daily lives of ordinary people.

The effort, she reminded, extends beyond the domain of employment, including projects such as carrying out the newly announced family leave reform, introducing new minimum staffing requirements for elderly care, taking action to combat the climate crisis and raising the school-leaving age.

“We’re no longer living in an age where a young person can find employment and succeed in life with just basic-level education. In three decades, 600,000 jobs that only require basic-level education have vanished from Finland. The employment rate for people with only basic education qualifications is 40 per cent, meaning more of them are outside working life than working,” said Marin.

Opposition parties have voiced their reservations about the employment measures.

Kai Mykkänen, the chairperson of the National Coalition Parliamentary Group, on Tuesday said the government has to either reverse its course or step down.

Finland, he conceded, clearly needs a family leave reform and thousands of new people to take care of the elderly. “It’s as clear that these kinds of reforms necessitate decisions, including difficult ones, that increase the active workforce,” told Mykkänen.