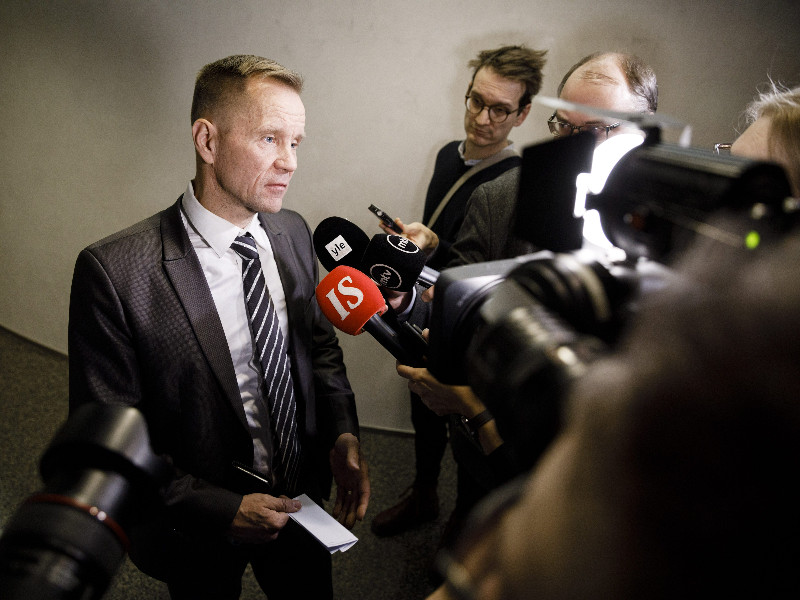 Mika Niikko (PS), a third-term MP from Uusimaa, spoke to reporters after a meeting of the Parliament’s Foreign Affairs Committee in Helsinki on 3 December 2019. (Seppo Samuli – Lehtikuva)

THE CHINA TIES of Mika Niikko and Ville Vähämäki of the Finns Party are deeper than previously believed, reports MOT, the investigative journalism unit of YLE.

MOT on Sunday revealed that the two lawmakers have frequently visited China to promote the business interests of Realmax Group, a Chinese state-funded technology firm with an office in Vantaa, and Hang Si, a Chinese acquaintance of Niikko.

Suomen Kuvalehti in January reported that Niikko and Vähämäki were both founding shareholders in the technology firm but offloaded their stakes soon after the founding. Niikko also did not disclose the campaign funding he received from Realmax Group, according to a report published last spring by YLE.

Niikko, who is the chairperson of the Parliament’s Foreign Affairs Committee, has commented on his alleged ties both publicly and to the committee, stressing that he has been subjected to no attempts to influence by a governmental agency.

Niikko declined to reveal the exact number and funders of his visits to the country.

MOT also highlighted that the declarations of private interests filed by lawmakers suggest it is uncommon for lawmakers to participate in visits paid for by a foreign state.

Niikko denied the interpretation that his visits were funded by a governmental agency, reminding that the organisation describes itself as a non-governmental organisation and has collaborated with, for example, Business Finland and VTT Research Centre of Finland.

The same website also reveals that the organisation serves as a bridge between the Chinese scientific community, Chinese government and Communist Party of China.